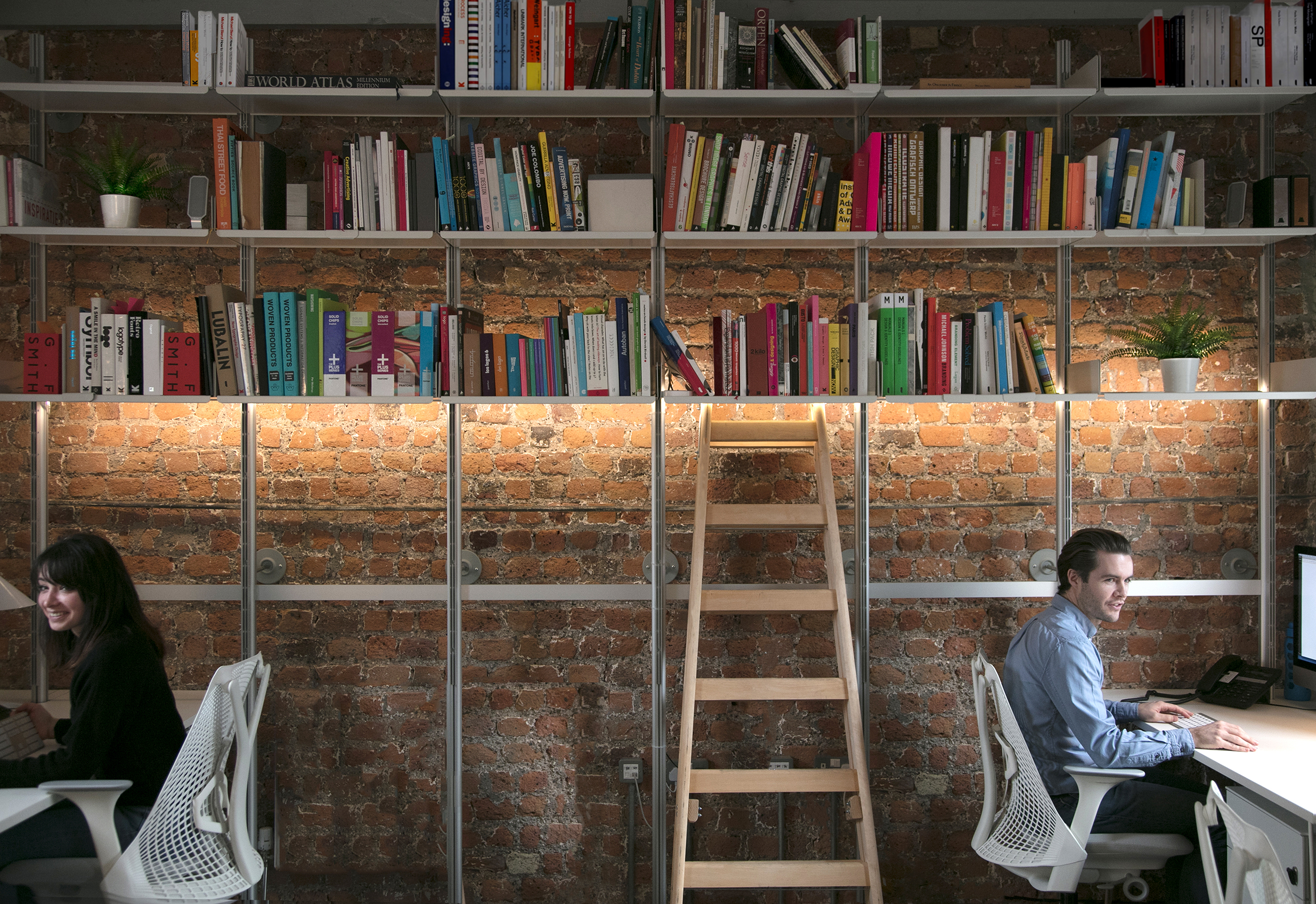 Now that we've all had a month to hibernate it's high time we start getting out and about again, right? With this in mind we at CI Studio have compiled what we're looking forward to seeing and doing this month, along with sharing what we're listening to, reading and eating for February. We've put together 55 (!) recommendations to keep you all going for the next 28 days, from restaurants we think you should try out, podcasts you might listen to and books you should at least take a quick flick through. Read on...

Bicep + Hammer, District 8
2 Feb, 11.00pm – 3.00am
The Belfast DJ duo have quickly established themselves on the international festival and club circuit via their deep digging DJ sets and their record label Feel My Bicep. They will be joined by rising star Hammer.
eventbrite.ie

Woweembeem, The Sugar Club
3 Feb, 9.00pm – 3.00am
Celebratory sounds to nourish the soul. Expect afrobeat, reggae, latin and rare grooves coming all away from Africa, the Caribbean, South America and all corners of the globe.
thesugarclub.com

Full Moon Psytrance LX-D’s, Voodoo Lounge
9 Feb, 9.00pm – 3.00am
Sound leans on melodies from the Far East and Oriental tones selected to transport you on a journey through time and space.
facebook.com

O Emperor, Bello Bar
17 Feb, 8.30pm – 11.30pm
Make it Rain is the first song to be released from a batch of new material which marks a significant break from the song-centred approach of the band’s previous work. The track is a delicious slice of fuzzy Afro-Disco, emerging from spontaneous instrumental experiments captured and pieced together at the band's Cork studio.
bellobardublin.com

Joshua Burnside, Roisin Dubh, Galway
23 Feb, 8pm
Northern Irish experimental folk songwriter and producer Joshua Burnside is something of a regional anomaly. With a brooding, powerful sound echoing artists of places afar and time long gone, his enthralling craft defies local comparison in striving towards an aesthetic as much as visual as it is sonic.
roisindubh.net

Ted Fest, Aran Islands
22 – 25 Feb
Annual fan convention held on the island of Inishmór, off the coast of County Galway, Ireland for fans of the Channel 4 sitcom Father Ted.
tedfest.org

Making a Show of Herself, Panti Bar
Until 18 Feb
Niall Sweeney’s enduring friendship and working relationship with Panti manifests itself in a exhibition of 100 posters – a decade of design drag delirium boobs and booze!
totallydublin.ie

CULTURE AROUND THE COUNTRY

Science Expresso, The Science Gallery
6 Feb
A talk on the future of bio-printing by Prof. Danny Kelly.
dublin.sciencegallery.com

In Case of Emergency, The Science Gallery
Until 11 Feb
An exhibition on the end of the world, how it is portrayed in media and entertainment and how we would cope if it actually came to pass, told through art, design and science.
dublin.sciencegallery.com

There’s a Strong Wind in Beijing, The Hugh Lane Gallery
18 Feb
For real cinema buffs, there’s a one off free screening of this Ju Anqi film as part of the Chinese New Year 2018: Year of the Dog.
hughlane.ie

The Seasons in Quincy: Four Portraits of John Berger, The Hugh Lane Gallery
25 Feb
A documentary film screening about all round genius, John Berger.
hughlane.ie

Swan Lake/Lock na hÉala, The Abbey Theatre
8 – 17 Feb
The Abbey is hosting a modern adaptation on Swan Lake/Lock na hEala which has picked up plaudits worldwide since its debut. Tchailovsky’s score has been replaced by a mix of Scandinavian trad with minimalist and experimental influences. We’ll say no more.
abbeytheatre.ie

With many practicing a bit of self restraint in January, February is the month when we begin to think about getting back out and about. Here’s a look at the best food events that are on around Ireland.

Drag Bunch, Pot Bellied Pig, Rathmines
3 Feb
If you’ve been off the hooch for January and looking for a way to kick-start February, you could try the Fabulous Drag Brunch. With a glass of prosecco or beer on arrival, this all singing, all dancing show, is a sure way to celebrate the start of the month.
potbelliedpig.ie

Flavours of Opium, Opium Restaurant, Dublin 2
6 Feb
Opium Restaurant re-opened in October, offering Pan-Asian cuisine with a broad array of international wines. Food & Wine Magazine have partnered with Opium Restaurant to host a bespoke eight course tasting menu, paired with some of the finest wines Gilbeys of Ireland have to offer. If you are a food and wine lover, this is an event you won’t want to miss.
opium.ie

Searsons and Tindal Wine Merchants Annual Public Tasting, The Marker Hotel, Dublin 2
12 Feb, 6pm – 8pm
120 wines from some 35 producers in more than 40 regions. Many of the producers will be there on the night.
searsons.com

Salt & Stove – 79 Clanbrassil Street, Dublin 8
Just down the road from Clanbrassil House is the newly opened Salt & Stove, on Clanbrassil Street. A long overdue deli and artisan food store which opened in January, Salt & Stove is independently owned, with lots of Irish produce and larder goods. If you’re looking for high quality coffee beans, chocolate, cheese, meats and more, then this is the place for you.
facebook.com/saltandstove

The Post, nationwide
A bounding docudrama about the freedom of the press and a rousing hosanna to unfake news. Directed by Stephen Spielberg and starring Meryl Streep.
rottentomatoes.com

All The Money In The World, nationwide
A Ridley Scott film about the kidnapping of J Paul Getty’s grandson Paul and starring Michelle Williams as the boy’s mother.
rottentomatoes.com

Three Billboards Outside Epping, nationwide
Martin MacDonagh’s caustic comedy has Frances McDormand playing a grieving mother confronting the local police chief over the unsolved murder of her only daughter months before.
rottentomatoes.com

The Final Year, IFI, Dublin
Covering three months in 2016 where Greg Barker was granted access to key members of Barack Obama’s outgoing administration, as they shaped US foreign policy in the days before the Trump inauguration.
rottentomatoes.com

50 Things That Made the Modern Economy, Tim Harford
While not strictly a design book, its certainly a book packed with the best of design thinking. It charts economic change by telling the stories of the ideas, people, and tools that had far-reaching and unexpected consequences for all of us. He discusses the inventions that have transformed the ways we work, play and live. From the plough to artificial intelligence, from Gillette’s disposable razor to Ikea’s Billy bookcase, he recounts each invention’s own memorable story and introduces you to the characters who developed them, profited from them, and were ruined by them.
amazon.co.uk

Optimism over Despair, Noam Chomsky & CJ Polychroniou
A series of interviews with unparalleled thinker Noam Chomsky covering almost every major issue facing the world in 2018, including rising neoliberalism, the refugee crisis, the Black Lives Matter movement and the dysfunctional US electoral system. Culminating in Chomksy’s message of ‘Optimism over Despair’ as society faces the challenge of building a movement for radical change, a movement in which design and designers must be fully engaged.
amazon.co.uk

Spin/Adventures in Typography 2, Unit Editions
The Spin team have embarked on a journey into typography’s deepest recesses.
uniteditions.com

Letraset: The DIY Typography Revolution, Unit Editions
For lovers of Letraset, the rubdown lettering system, this is the first comprehensive history of the system that revolutionised typographic expression.
uniteditions.com

Truth & Movies: A Little White Lies Podcast
Film review show for people who haven’t got time for Kermode and Mayo anymore. The weekly film club on classics and forgotten gems is a highlight every week.
itunes.apple.com

The Blindboy Podcast
The Rubberbandits but with digestives and tea instead of yokes and cans. Topics range from mental health to the nocturnal adventures of an otter called Yurty Aherne.
itunes.apple.com

My Favourite Murder
Lifelong fans of true crime stories, Karen Kilgariff and Georgia Hardstark tell each other their favourite tales of murder and hear hometown crime stories from friends and fans.
itunes.apple.com