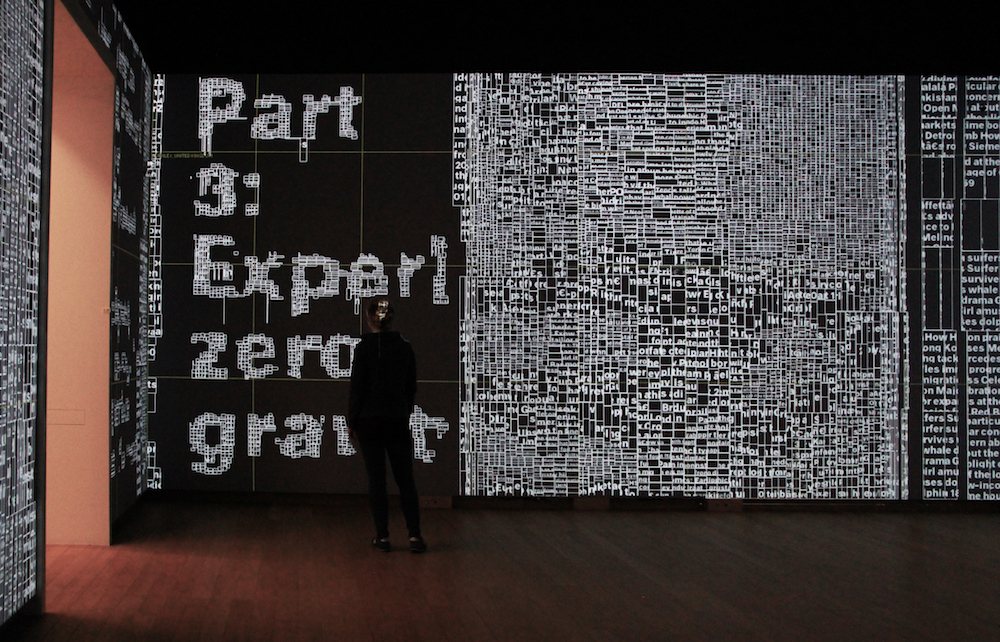 As a Studio Principal at Atelier, a design advocate with AGI and the 100 Archive and Head of the Faculty of Film, Art and Creative Technology at IADT Dún Laoghaire, David Smith has plenty of reasons to contemplate how graphic and communication design is changing. In an article recently published in Iterations, he speaks to Aideen McCole about the transition from traditional practice to the realm of 'Graphic Designer 2.0', a term he uses to describe communication designers who adapt to a dynamic role as design practice – and the world it operates in – is changing.

What do you mean by Graphic Designer 2.0?

In simple terms it is the next iteration of graphic design practice. It is a conversation I have been rehearsing for some time now with colleagues in AGI, IADT and the 100 Archive.

What enabled these practitioners to successfully adapt was their grounding in the fundamentals of communication design. These 'new breeds' were not outstanding designers for motion/interactive/insert preferred practice here in spite of their traditional design experience but rather because of it. However, too often these emergent practitioners failed to acknowledge the foundational aspect of their graphic design experiences.

Ezio Manzini of Politecnico di Milano speaks of two modes of design: conventional mode is a mode of practice where 'tradition guides us' and is analogous with mastery achieved over time. It is typically concerned with craft and while it accepts innovation, it is assimilated slowly. The second mode, design mode, integrates critical, creative and practical skills, all with a focus on imagining and dealing with challenges and opportunities that correct or improve existing issues or imagining and tackling something that may not even exist. Manzini acknowledges that both modes have been able to happily co-exist, but in an increasingly 'connected world' design mode dominates (Manzini, 2015). A consequence of this is that traditional ways of practice are rarefied and increasingly lost.

Graphic Design 2.0 encapsulates traditional skills and expertise, but also assimilates and acknowledges the increasingly broad range of skills and cognate disciplines designers require to work on advanced communication projects. Current and future design problems are increasingly complex. Making such complexity simple, accessible or more comprehensible naturally requires advanced critical and practical skills. Graphic Designer 2.0 will typically have an advanced understanding of 'digital', be strategic in outlook, they will combine the necessary critical and creative thinking to negotiate the complexities they face and they will consistently speculate on new ways of thinking and doing to achieve this.

Where has Graphic Designer 2.0 come from?

In many cases this is a natural evolution for many designers who have remained motivated and curious about emerging practices. The issue for these individuals is that the moniker 'graphic designer' will always be inadequate to effectively communicate the breadth of expertise and value they offer. It is easier to label oneself a 'motion designer' or 'UI designer', or for that matter 'editorial designer' in my own case. Such labels often have currency and clarity but are equally narrow in scope relative to how Graphic Designer 2.0 practices.

Has Graphic Designer 2.0 developed out of a wealth of new opportunities, or a lack of traditional ones?

Neither, to be honest, as both traditional and emergent practices happily co-exist. However, I think we are now at the point where the convergence of design and technology is arguably complete and new blended opportunities are flourishing.

A word of caution though is that like every product or digital 'thing', aspects of Graphic Designer 2.0’s practice are inherently obsolescent: open source frameworks, visual resources, pattern libraries, proprietary platforms, increasing automation etc. will reduce the extent of concrete outputs designers are responsible for in the future, hence the need to emphasise the value of critical thinking and strategic capabilities.

Emerging design disciplines are full of designers and creatives of all sorts: are graphic designers better suited or more adaptive to these roles than others?

I am going to say yes as the key word here is adaptive. I think graphic designers are often more responsive to emergent challenges and opportunities than other designers. I think Graphic Designer 2.0 is naturally adaptive, flexible and inherently comfortable dealing with abstract and complex concepts.  As communication designers they have the core skills to interrogate and communicate abstract and speculative concepts to clients and other audiences.

Who are the practitioners doing particularly interesting things in this area?

There are many outstanding designers who occupy this space who have not trained or been educated as graphic designers in a conventional way. In mentioning the following I do so knowing that they have a traditional background – and apologies for the Dutch/German bias. Daniel Gross and Joris Maltha of Catalogtree; Jeroen Barendse, Thomas Castro, and Dimitri Nieuwenhuizen of Lust and LUSTlab; Eddie Opara at Pentagram and Niels Schrader are all making really interesting work in this area. Lisa Strausfeld has also made equally progressive digital and interactive work at Pentagram.

Also in New York I think 2x4 are possibly the best example of a large agency that has seamlessly evolved to Graphic Design 2.0. Partners Micheal Rock, Susan Sellers and Georgianna Stout excel in translating innovative ideas across all media and environments. Staying with experiential design, Conny Freyer and Eva Rucki of Troika are among those who I feel have evolved their practice furthest in respect of where design and technology intersects.

Coming from a completely different perspective I think that Richard van der Laken epitomises Graphic Designer 2.0 through action and debate. His conference 'What Design Can Do' fully demonstrates the breadth of opportunity and influence Graphic Designer 2.0 can aspire to. And obviously I can’t ignore the technologists shaping and redefining graphic design practices – Ben Fry and Casey Reas, creators of Processing, and Yugo Nakamura of Tha Ltd / Yugop spring to mind.

Is Graphic Designer 2.0 developing differently in Ireland than abroad?

Considering the strong international bias in my list of practitioners the answer has to be yes. Are there practitioners working in a similar way in Ireland? Yes, but the opportunities for independent designers and traditional agencies to transition and practice in this manner are currently quite limited. Partially due to scale and capacity, but mostly due to the less than progressive understanding of what graphic designers actually (can) do…

How does design education in Ireland need to respond to the development of the Graphic Designer 2.0, and how has it responded so far?

I can only comment from my perspective as an educator at an Institute of Art, Design and Technology: I think we have been better placed to integrate a broader set of cognate disciplines into our 'traditional' design programmes. I think the demand for our graduates – across multiple sectors – indicates that we have strong foundations in place. That said, every school has a responsibility to evolve to meet the changing needs of a discipline in constant flux. The challenge for education is to simply keep up with the pace of change in a sustainable way. It would be very easy to grasp at all of these emerging opportunities in a superficial way. However, creating sustainable and credible design programmes takes time. The reputation and standing of our Visual Communication Design programme was built over 15 years. No school can afford to take this amount of time to respond to changes in the profession, so I am an advocate of establishing expert programmes that only require incremental changes year-on-year as opposed to having to manage radical changes.

What impact does the development of the Graphic Designer 2.0 have on traditional graphic design in Ireland, and how should the industry respond?

I think the demand for Graphic Designer 2.0 is so high that the traditional design sector is already suffering. It could even be too late for the industry to respond – something that concerns me greatly. With the likelihood of IBM, Accenture and Deloitte, amongst others, to be the largest employers of graduate designers in Ireland for the near future at least, Graphic Designer 2.0 will be in great demand. As these companies typically practice in 'design mode', Graphic Designer 2.0 will see their critical, collaborative and strategic skills greatly enhanced but see their traditional skills diminish. In the short term at least, Manzini’s 'conventional mode' of practice may end up being the domain of the traditional agency, which in effect will become a finishing school for Graphic Designer 1.0 as they evolve into 2.0 practitioners.

While I am certain the traditional agency can offer more than just to serve as a 'finishing school' for the evolving graphic design (not least as the master of Manzini's 'conventional mode', rarified though it might become), the growth of consultancies specialising in non-traditional design in Ireland is telling. Graphic Designer 2.0 exists, and is clearly needed, though its definition is likely to remain in an evolutionary state.

This interview features in Issue 6 of Iterations, available to buy now through the IDI.