In The Making: Aoife O’Dwyer 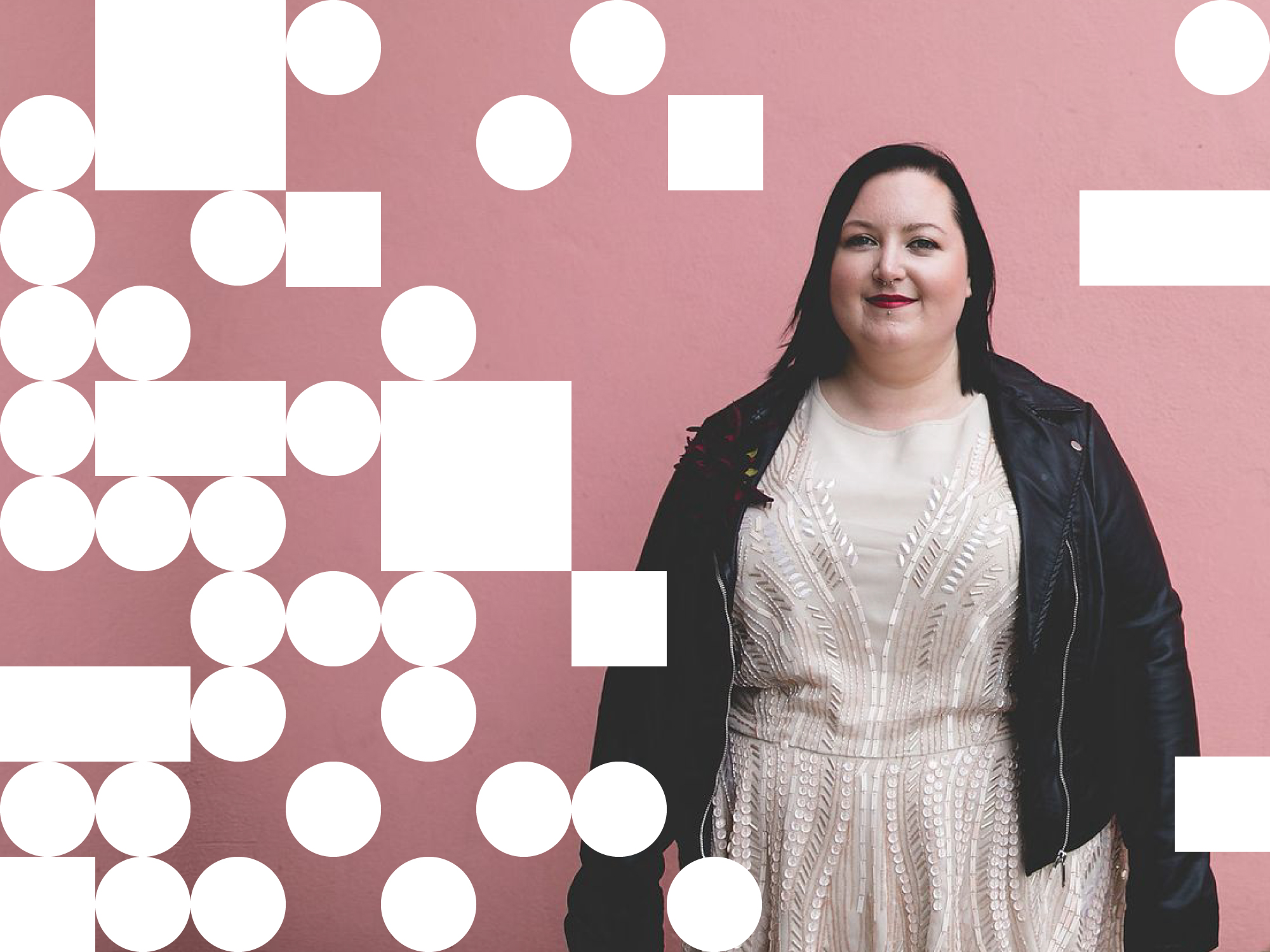 Aoife O’Dwyer is Senior Visual Designer at Each&Other, curator of Glug Dublin and all-round “maker of awesome things”. In this ‘In The Making’, she tells us how lockdown affected her and her team and also gives us some great insights into the factors that helped make her the designer she is today.

A few days after I got the email asking me to contribute to this series, Ireland went into full lockdown. Of the many factors that have made me the designer I am today, the last few months have also had an undeniable impact on me — both personally and professionally. The article I would have written at the beginning of March is very different from the one I am writing now.

The pandemic brought uncertainty and job loss for some and heralded the beginning of a great slowdown for others. A moment of unexpected reflection, followed by a period of revived side-projects and self-led productivity. A productivity that felt distinctly detached from the capitalist pressures of February. But the fact is, lockdown brought none of these things for me. A sharp conflict existed between my desire to embrace a slowdown filled with side-projects and feeling deeply grateful for not being forced into that lull like so many others. Feeling grateful for business as (un)usual.

I learnt very quickly that I cope by slowing down as opposed to keeping busy. I distanced myself from messages that talked about how to get through lockdown ‘productively’ and found myself drawn more to those that promoted rest and stillness as a coping mechanism. This also came with the realisation that while I might know this… I wasn’t actually managing to put it into practice.

I work as Senior Visual Designer with Dublin based UX design and strategy agency Each&Other and in the context of work, I was, and still am working from my (mostly) tidy and personally decorated home office in Co. Limerick. My daily routine of commuting from upstairs to downstairs; preparing some coffee and taking care of the morning needs of my dog; of logging into Slack and checking emails and setting the day’s tasks is exactly as it was when I first went remote back in December of 2019. Then, a short four months later, the whole team suddenly found themselves getting to grips with new, remote workflows. Luckily, we’re a pretty adaptable bunch, so the situation was embraced like we embrace everything — with openness, supportiveness and a few (virtual) pints.

I had wanted to write about how my introverted nature and identity as a queer, fat femme with no formal design qualifications helped shape the designer I am today and the way I approach working with colleagues and clients. How it has shaped the ways I look at leadership, mentorship and career progression. I wanted to talk about how the intersections of experiences outside of our professional life also contribute to the work we make as designers and creatives. I wanted to address the pressures that women face in our careers. How I’ve balanced the expectation to ‘lean in’ and be more vocal, with the knowledge that I should also be my true, encouraging and supportive self.

I’ve been working as a designer since 2012 and all my design roles so far have focussed primarily on visual, user interface (UI), user experience (UX) and interaction design. Which is to say, lots of websites, apps, software and other digital products that typically live online or are interacted with via a screen of some sort (not exclusively but mostly).

I realised fairly quickly that I have a particular love for the visual stage of the design process — the part where digital and brand meet, where ever so important first impressions are made and clarity is brought to the digital expression of a brand or product. This led to a deliberate decision early on to focus my work and my skills along a T-shape, with visual UI design as my specialism. I’m proud to admit that I can now comfortably say — I’m objectively, observably and demonstrably very good at what I do.

I wasn’t always comfortable expressing pride in my work or with accepting praise because, like many designers, I fell victim to the stifling doubts of imposter syndrome. Female designers (and anyone who doesn't present as a cis man) often see equally (and sometimes less) skilled male designers being praised and celebrated for talking unashamedly about their achievements. Women who do the same are often considered ‘difficult’, or ‘too opinionated’. To that end, I embraced the concept of unapologetic self-promotion some time ago and it has been so important to how I see myself and how I embrace and talk about my work.

I think part of my early reluctance to speak up may also have been influenced by my lack of formal design education, which is one of the most influential aspects of my journey as a designer. What I know now I learnt on the job or through self-led learning. This has been invaluable to me and it’s become something I’m very proud of. A designer’s most valuable asset is their unique and individual perspective — being self-trained has been central to mine.

Hosting Glug Dublin (one of 40+ chapters in a global community of creativity and technology-themed events) has allowed me to expand my network, find collaborators, make new connections (and in some cases true friendships) and given me a sense of community and belonging in the Irish creative scene. I started the Dublin chapter in 2017 and I’m so grateful I took it on because as much as it has been hard work, it has also been so rewarding. I love being able to champion and platform some of the amazing creatives we have here. I’ve managed to meet (and become even more in awe of) my heroes and it has led to some wonderful opportunities.

When I talk about networking, I also think about mentoring. Mentorship has been another big player in the ways I approach both my work and the wider community. I’ve had the privilege of working with some of the best and most experienced UX designers in the industry at Each&Other and I’m supported daily by mentors both official and informal. I’m inspired by current and past colleagues and people around me who continue to champion me and my work.

I think my draw to agency, as opposed to in-house, is quite important to my overall approach and growth too. I’ve always enjoyed the variety of projects, people, sectors, problems and solutions I’ve gotten to work on. This experience has allowed me to refine my skills and keep exploring the (not always subtle) art of communicating the essence and voice of a brand while championing the needs of humans in various digital contexts.

Most designers I know were drawn to design because they see the potential good (or harm) our work can have on individuals as well as wider society. Tuning into that and committing to a practice of reflection and self-awareness is the one thing I would recommend to any person looking at the career they want for themselves and the impact they want to have on the world.

Ultimately this series is called ‘In the Making’ and I think that’s perfect because wherever you are in your career journey, the focus should not be on how you were made, but on how you’re still being made — being formed and informed; influenced and encouraged; learning and growing.

You can find out what Aoife's up to by following her on Twitter or Instagram, by keeping up with Each&Other and Glug Dublin, or by checking out her website.