In The Making: Tom Foley 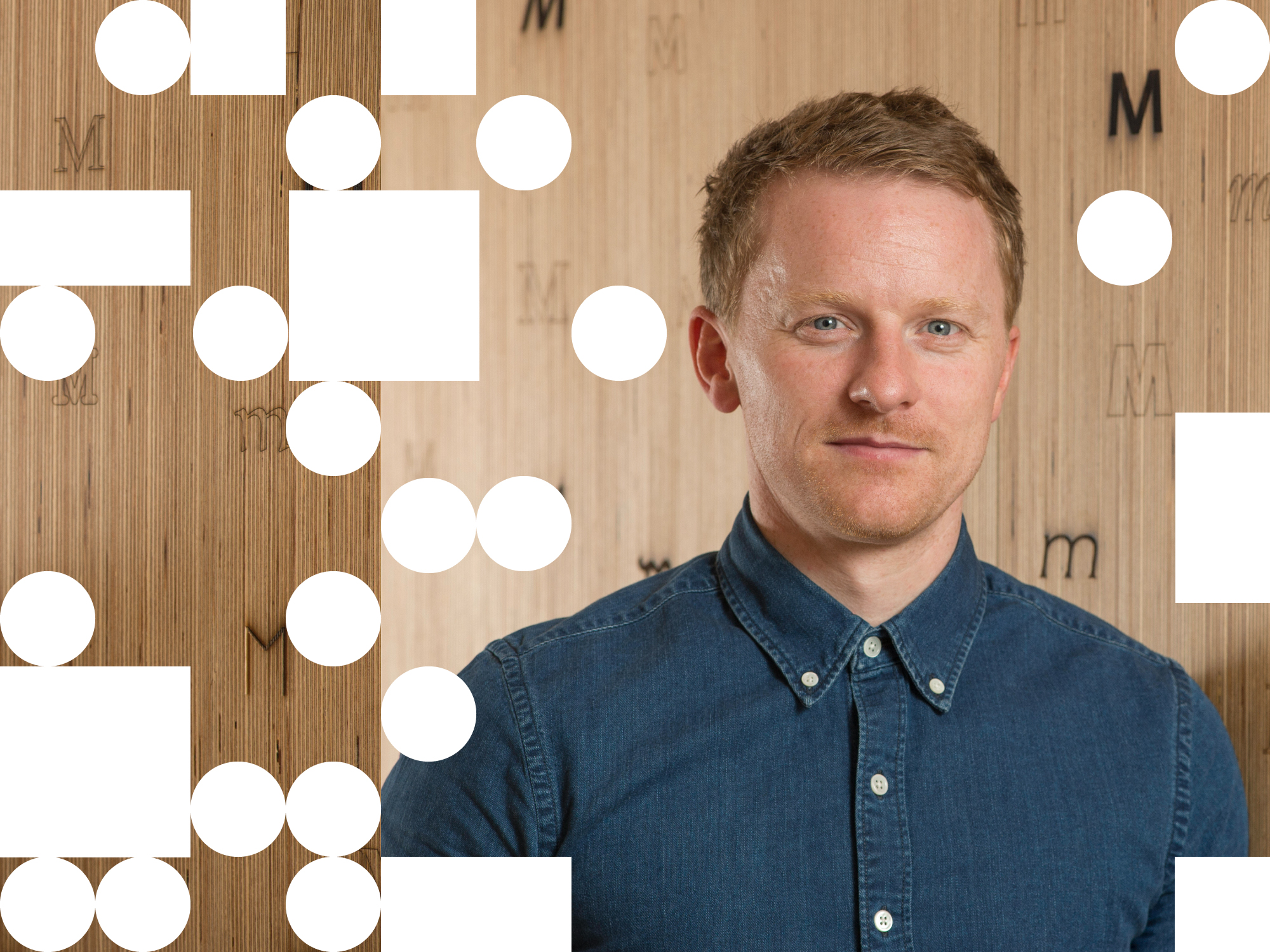 Tom Foley of Monotype reflects on how some family influence and aspects of his character drew him towards a career in type design. Grateful for the luck and support he’s had, he also stresses his belief in taking opportunities — and the importance of respectful collaboration.

Both my wife and I have been working from our home in South London since the UK lockdown began in March. Samantha is a Textile and Accessories Designer and I’m Creative Type Director for Monotype. In “normal” times, I work from the Monotype office in the Tea Buildings, a multi-purpose space in Shoreditch, London.

My formal education is in communication design and typography rather than typeface design, but I’ve now been working in the type industry for ten years. I spent four years in Limerick School of Art and Design on the fantastic VisCom course and two years at Central Saint Martins on the MA Communication Design course. My time at CSM was quite critical to what I’m doing now, as it's where I decided to focus on typeface design and where I first connected with the type industry.

Over the years, people have often asked me how I got into type design, so I’ve given it quite a bit of thought. I do have a seemingly irrational and inexplicable fascination with letters and typography, but the interest has been there from an early age. I remember being obsessed with my Father’s handwriting when I was quite young and I managed to convince him to teach me cursive lettering, long before I had mastered basic handwriting. I was definitely getting ahead of myself. My Father’s brother was a Sign-Painter and their grandfather was a Stonemason who specialised in gravestone lettering. This was mentioned a lot when I was growing up, so the idea of earning a living from a craft such as lettering was acceptable to me. It wasn’t until much later that I realised that this wasn't a common thing... so in hindsight, I think it probably had an influence — though it was quite subconscious.

The most direct influence for my choice of a creative career was my Mother. Above anyone else, she supported me unconditionally to focus on art, go to art school and from there to push on and immerse myself in it. Looking back, I wonder if she saw something that others didn’t — or maybe she just wanted me to do something (anything!) to get me to third-level education. I was a regular kid with no sign of any particular talent, but I enjoyed drawing and that interest grew as I realised I wasn’t academically inclined (a common story for many creative people).

I don’t see myself as just a typeface designer. I do design typefaces, but not in a bubble. The main context for my work is branding… so maybe I am best described as a brand typographer. This is where my experience lies, and its a practice that encompasses typeface design with design management and process management — along with a good deal of interaction with sales and marketing professionals, technologists and product designers. It’s a truly diverse role and equal parts challenging and fulfilling.

I would say my approach is a result of an internal battle between my desire to dream and be imaginative and my natural tendency to be quite reductive and pragmatic. I’m naturally inclined to try and distill complex content into as simple a visual form as possible (not always successfully mind you). I think this is why type is the medium in which I feel most comfortable. Typography allows for the complexity of culture, language and identity to be distilled down to the form of letters. This is because type is the intersection of the visual, the verbal and the written. Type can have so much power and mystery, while also being utilitarian and utterly ubiquitous.

People have often described me as a clear thinker, which I think is a reflection of this tendency towards distillation. But I am not a clear thinker on the inside — my mental creative process is quite chaotic and frantic. It’s when I sit down to visualise my thoughts that the distillation process starts. So I think the act of doing is my filter: it’s the stage in my creative process that clarifies my thoughts. Doing, drawing, making and writing are the filters that allow me to articulate my ideas. Which is perhaps why I am not precious about my design output, nor am I self-conscious about putting an idea out there and having it rejected. This has always allowed me to get the best from my ideas — being open to input, feedback and even criticism are vital to my creative development. But in saying that, I do not accept non-constructive input. For me, collaboration must be constructive and based on respect and equality of opinion.

A lot of people that I crossed paths with during my education have been a huge influence. Eamon Spelman, Adrian Byrne and Clodagh Byrne at LSAD changed my life — and that’s not an overstatement. They are amazing teachers (as well as really good people) who create an environment in which students can immerse themselves. AT MA level, Paulus Dreibholz, who led the Typography pathway on the MA at CSM was a massive influence. He taught me how to reflect and analyse things in a positive, proactive manner and was definitely a role model for me. Freda Sack of Foundry Types, was also a major positive force when I decided to pursue type design. I approached Freda for a review of a typeface idea I was working on and after our first meeting, she offered me weekly tutorials at her studio on Goodge street. That was invaluable.

It’s so important as creatives that we work with people who have a positive influence on us. We need people around us who respect our ability and who will push us to improve through constructive means and fair opportunities.

My biggest break was when Bruno Maag took a chance and gave me a job as a type designer when I had almost no experience. Bruno and Ron Carpenter were the first people who demonstrated professional decency and respect towards me as a young designer. That was a very significant moment because at the time I was coming off the back of a string of really negative professional experiences and was close to walking away from design completely. Working with Bruno helped me understand how I should have been treated: as a person with potential, rather than just another resource in a competitive industry. That’s something I take forward in how I treat others now.

I have always been very aware of my creative limitations and it's something that used to hold me back. But over time I have learnt to use that to my advantage and embrace the fact that I am never the most talented or natural designer in the room. I came to terms with this about ten years ago and it was very liberating because it made space for other more natural abilities to come out (such as client relationship and process management, business development, writing and presenting). A consequence of this was that I discovered that collaboration with other creative professionals could be very easy and enjoyable. In my experience, the best design comes from fruitful collaboration.

While studying for my MA I designed a typeface called Nib, which was inspired by Ireland's complicated and unique typographic history. A few years later, Atelier used a re-draw of that typeface for the design of Dublin City memorial plaques. That was a major achievement for me as I’m a fan of Atelier and it was an ambition of mine to work with David and Oran. I also worked with them on the ID2015 logotype — which we then went on to develop as a custom display typeface.

I love getting the opportunity to teach and try my best to support design education as much as possible. I regularly do associate lecturing and have been lucky to visit Universities and Art Schools all over Europe and the US. For the last three years, I have written and taught a typographic brief with Eamon Spelman at LSAD, and this is always a really inspiring and positive experience.

I sometimes worry about the trajectory that design education is taking, particularly in the UK. The rapid increase in popularity of design careers has led to a growth in the number of courses and size of classes, but this hasn’t always been reflected in the number of teachers and resources being allocated — or in support from the government. I see a stark contrast between my experience of third-level education and what students are going through now. I just hope students and their needs are put firmly at the centre of future planning, and if there is a permanent shift to online learning that this doesn’t inadvertently discriminate against those don’t have access to broadband and digital tools.

Luck has been a significant factor in the trajectory of my career so far. I am privileged to be able to make a living from Typeface Design and have been very fortunate to meet a number of generous people who have helped me along the way. But, luck is really nothing more than an opportunity. Taking chances and working outside of my comfort zone is how I have made the most of these opportunities. I think it’s important to worry less about success and more about the relevance of your work. Relevant work brings success while chasing success will probably make you less relevant.

Aside from these learnings which have come to underpin my practice, I try to keep an open mind and practice self-reflection and — perhaps most importantly — to be nice to people.

You can see more of Tom’s work here: make-work.com