In With The New: Ailish O'Neill 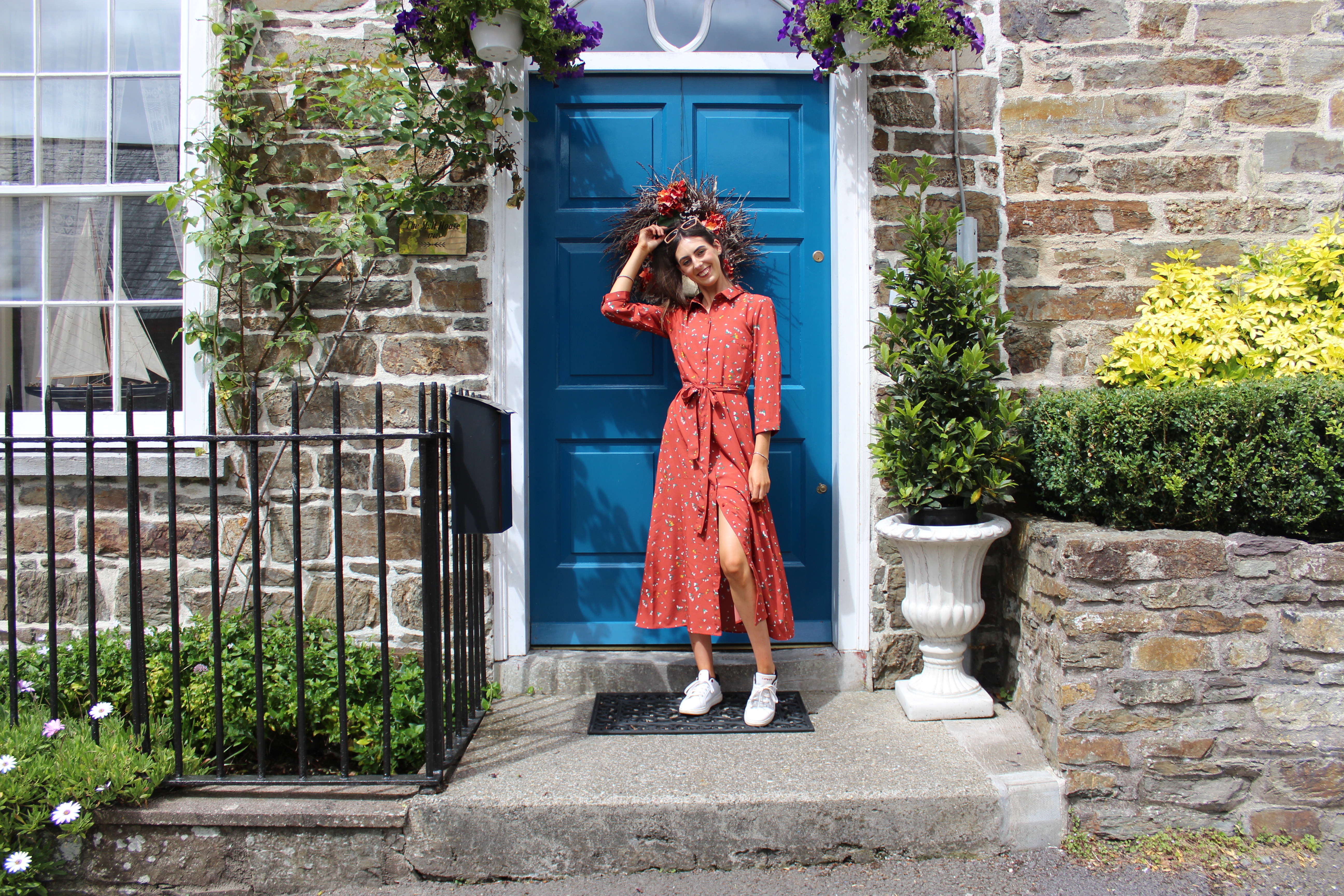 Ailish O’Neill is currently working as a graphic designer for IKEA Dublin. The countryside of Westmeath has always been her home but she has recently relocated to Blanchardstown in Dublin.

When she was young, Ailish used to spend her babysitting money on pens, paint and sketchbooks, and found herself drawn to calligraphy. During her PLC course at the Moate Business College she realised that design might be worth investigating further. “That was where I dipped my toes in the design world. To be honest I didn’t know an awful lot about graphic design but I felt it was something that I would enjoy, as it was a mix of being creative along with having that technical element to it.” She went on to study Graphic Design in Athlone Institute of Technology for four years. “I just felt Athlone was the place for me. I didn’t feel comfortable anywhere else. As soon as I stepped into the design department, I knew it was a place where I belonged. I wasn’t as outgoing as I am now and didn’t want to go too far away from home but it was my first time meeting such like-minded people. I can’t believe that it’s two year since I graduated and I’m still friends with all these people – it’s great! It’s like being in a secret club or society with the ability to see good and bad design. Graphic design is everywhere and once your eyes are trained to it, you cannot unsee it. I’m constantly looking at design and thinking about how I could use something like that in a project of my own or how I would come up with a better design solution for the problem – be it a sign, a logo, or a magazine spread.”

During her final year, Ailish worked on a number of projects including one for the International Society of Typographic Designers. “My ISTD project is one that could have made or broken me as a designer. I fell in love with design and typography while doing it. It set me up for what I was going to face in the future.” In response to the brief, 'Writing Women into History', the book featured the story of her grandmother. “’Love Mam and All’ reveals the true stories of the commitment and dedication my grandmother made to the house, to the farm and to her children throughout her lifetime. These stories are told through the eyes of those who knew her best: her ten loving children. I haven’t done anything else like that since graduating but the knowledge I gained during the project is still there!”

During fourth year a job opportunity came up in IKEA. “Like every mammy in the country, mine was sending me jobs. She sent me one for IKEA and I thought, you know what, that’s actually a place I could see myself working. It was a huge step for me but all through college I knew moving to Dublin would be best. I wasn’t thinking anything of it but then IKEA got back to me. There were so many stages to it. I kept thinking, ‘Ah that’s it, I’m not getting through to the next round,’ but then I did! Our work starts from the outside: the billboards, the banners and call-to-action / wayfinding at the gate. Most of the work is done in-house because it’s cheaper, easier and quicker. We also have to be sustainable. Any piece of design in IKEA that’s communicating to you is something that has been created by us, the in-house team.”

Ailish has found the transition from college to a working design role different than her expectations. Working for such an established client brings restrictions in comparison to the creative freedom of college. “When you’re working on projects it’s all based on the guidelines and has to look like the IKEA identity. It’s great – I’m like an IKEA specialist now. I see IKEA as my constant client. I would like to be doing stuff like my ISTD project. In some ways, college gives you the false sense that you’re going to be making these mad things all the time. In the real world that’s not the case. That’s the nature of design for retail. You don’t have the time to sit down and think of complex concepts. You have to move with the times, the seasons and the launches.”

Self-doubt is a trademark of creative people. It is something that Ailish has been working hard to overcome. “I’m always questioning if I am creative. I believe in others more than I believe in myself, and I was told this in college. I always see the potential in other people. I sit down with them and encourage them but I never do this for myself. When starting a project, I say ‘How am I going to do this?’ My job now has no time for these moments, which is good. It means I spend my time doing rather than doubting. It’s scary when we have to put up huge graphics. You say to yourself, ‘This is really expensive, I better not get it wrong!’ You just have to take your time and if you do get it wrong, you can always patch it up. You just have to believe in yourself.”

Moving to Blanchardstown has switched things up for Ailish who says she feels more at ease with country life, but it’s a good change all the same. “It’s different but I kind of love it! I was ready for it. I had been living at home for 22 years and commuting just isn’t for me. I had no life, I was tired, fed-up of traffic and I was coming home in such a bad mood. Being home meant nothing to me really – not like being in the beautiful countryside where everything is perfect!” Urban life is beginning to rub off on her, and she’s recently taken up skating. “I’ve secretly been into skating for many years now and loved the style and vibe of it. Being a country girl surrounded by fields instead of tarmac, I never took it up before. There’s a really cool skate park just down the road. One of the evenings after work I just went and had a go myself. It was an evening well spent!” She has been re-watching skate videos for inspiration as well as enjoyment. “Lately this has been my design obsession. It’s such an escape from all the yellow and black Covid-19 signage I’ve been designing and seeing everywhere!”

Ailish has had time to consider her next steps as a designer. “Just recently in IKEA I had my development talk. I had to think about my five-year plan, which was scary, but it did get me thinking. It’s great to try and have a loose plan for your life, otherwise you just float. 2020 has been a good year for getting my head straight. With a bit of maturity and a clear head I’ll be able for tougher studio jobs next. I’d love to be more involved with conceptual design work and to branch into digital, alongside marketing and advertising. I’ve loved working on freelance projects since graduating. Then I realised I hadn’t spoken to my family or friends in a month, except for ringing them and saying ‘I can’t do this!’ So you do have to have a life as well. You can be successful and have no friends or family, or you can have a more balanced life. What good is being successful if you have no friends or family after it?”