In With The New: Alex Connolly 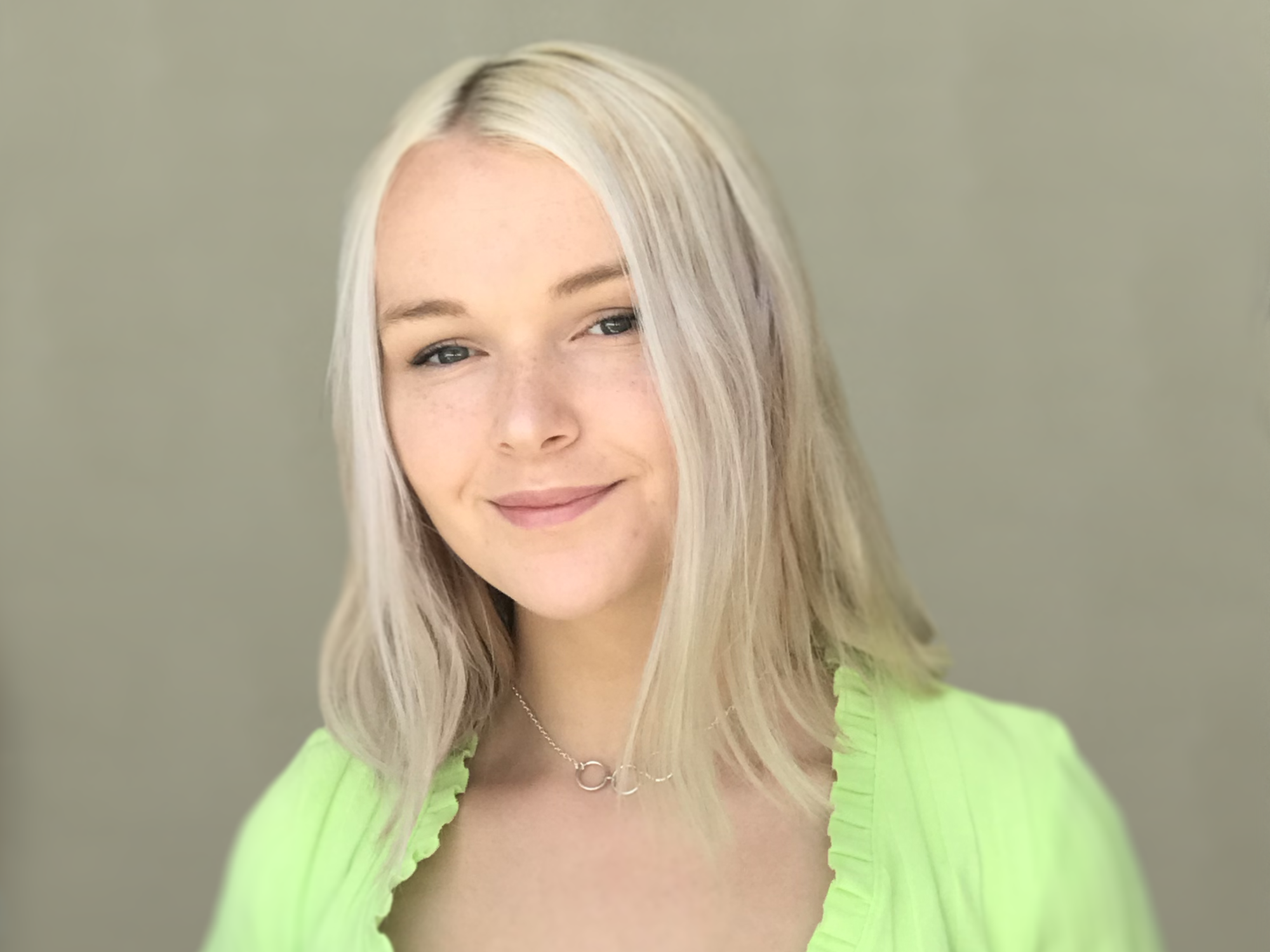 Alex Connolly grew up in Dalkey and studied Visual Communication at IADT. She currently works in Unthink, a Dublin based design studio. She lives in Fairview with three other graphic designers, all working remotely for different studios while sitting beside each other at the same kitchen table.

Alex describes her younger self as a “creative nerd – I’ve always loved being busy making and doing things. I’ve tried everything crafty I could think of. I did stop motion animation, decorated wedding cakes, painting, drawing and knitting. I used to make posters, menus and books on Microsoft Word when I was in primary school. I never liked to colour-in, I wanted to create the picture myself. I’ve always had an interest in type and image (if you consider Word Art typography!).  It’s so funny because there are so many options with Word, I thought it was amazing. Then when you’re older and learn how to use all the programs like Photoshop and Illustrator, you’re like, ‘Oh my god! There’s so much more you can do with these things!’”

Deciding to commit to a creative path after school was tough. “I wasn’t really sure what I wanted to do for the longest while. I was deciding between science and visual communication in fifth year. I was hesitant to do an ‘arty’ course because I was quite academic. I felt under pressure to do something with my points (which thinking back, it shouldn’t have been a factor). People who are creative often think they don’t want to do art in the sense of being an artist. But they don’t realise that you can apply it in other ways.” Career guidance didn’t turn design up as an option. Her art teachers’ personal experience of graphic design had been before the days of computers, when everything was done by hand. “When she said that, I thought it didn’t sound like my cup of tea. Throughout secondary school I’d been doing the odd design job. I had also done a bit of work experience in design, and that’s what swung it in the end. Graphic design is the perfect balance of creativity and practicality.”

She was soon confident that taking a bet on an ‘arty’ course was worth it. “I honestly loved it. We got to try so much: web design, coding, books and editorial. I found that there’s been branches of it that I’ve enjoyed much more than others.” The end of Alex’s four-year course was cut short because of the pandemic, bringing graduate shows to a halt and later, graduations. “It was so anticlimactic! Just watching the telly with your name announced and then done, just like that! I used to moan about deadlines but was gutted when I couldn’t spend the last six months in college. One of the best things about being in college was being able to check out what everyone else was doing. By seeing so many different approaches and ideas it encourages you to be a bit more adventurous.”

'Vibrance', an identity design for a cultural festival, was the title of Alex’s striking virtual graduate show project. It has been her favourite project so far. “It was aimed at celebrating all of the different cultures living in Ireland while also raising awareness about the flawed asylum system of Direct Provision in Ireland. The idea was to create a space where you felt empowered by your culture and where people from all walks of life could meet. I had the privilege of getting insight from people who currently live or had previously lived in Direct Provision. It felt really important learning about their experiences. I created characters based on cultural artefacts from the most common nationalities of people living in direct provision.”

Completing her degree course online brought its challenges, but Alex has since adjusted to working remotely. “I don’t find working from home that difficult because there’s a system to how you do everything, and it’s regimented. On the other hand, with college if you’re not careful you can work endlessly throughout the entire day. Doing college work at home can be bad for your mental health because there is no real schedule, and I personally get the best ideas late at night.”

Last summer she completed an internship with aad where she got her first taste of the design industry and was encouraged by what she saw. After she finished, she chanced an email to Unthink and was surprised to hear they had an opportunity for her despite their small team. “They were actually looking for someone who had done web development. I had done coding both as part of my college course and in my spare time. I got started in developing and working on websites, but now I do a bit of design work too. It’s an amazing experience. I am getting the best of both worlds really – design and problem-solving!”

The top of Alex’s design bucket-list would be to realise a childhood dream. “I’ve always wanted to design a cereal box – they’re so fun! I used to do it when I was younger, think of ideas for cereals and mix one with another. I was a weird kid! You’ve got the character or whatever on the front and then the games and treats inside. I’d just love to do one. Someday hopefully!” She’d also love to do more work for charities or advocacy groups. “I’ve done a bit of not-for-profit work in the past and I really enjoyed it. I’d love to be able to use design to make the world a little bit better. More development and web projects too. I’ve only started so I’d love to see what more I can do.”

Saying goodbye to ideas that aren’t working is the thing she dislikes most about design. “I hate having to let go of ideas I love, either because they don’t quite fit the brief or they aren’t liked by the client. Sometimes you have a little gem but it doesn’t work with what you’re doing and I always find it difficult. I get so attached. Those things get forgotten about. I try and keep track of all the things that I like. I’ve so many of those folders on my computer but I keep them all!” Despite this, her biggest lesson so far has been to “try not be easily influenced by other people’s opinions. I think it’s easy to get caught up in what other people think – I still do. People are very liberal with their opinions. They like to throw them around and it’s hard to avoid!”

Outside of her passion for design, Alex still holds an interest in science, maths and physics. “I love understanding why things are the way they are. I used to love physics because it explained everything. I find that so interesting. It’s logical. It makes sense and there’s an answer.” Despite warnings from her mom not to mention it, Alex let slip that she has recently gotten into crochet. “She thinks it sounds really granny-ish, but I think it’s coming back into fashion! Being able to make something that you can actually get use out of is so handy. I’ve made a sweater vest, a few hats, and I’m in the middle of making a jumper. There’s so much you can do. It’s just wool and then it becomes a piece of clothing – it’s so cool. I’ve so much respect for people who make things in bulk. The work and effort that goes into it, it’s incredible how cheap they sell it for. I see these things on websites and I’m like, that would literally take me two days to make and it costs a fiver!” She is particularly appreciative of those who work with their hands after being roped into some tricky projects in the past. Her dad wrote a novel which she then designed, printed and bound. “I had to design 300 pages, print it on my home printer, sew all the signatures and then bind the back with gauze- it takes so long. There are so many books in the world, I kept imagining if every book was made like that, they would be so expensive. Obviously, they have big machines to do that now, but I’ve never had more respect for book binders and printers."

At the moment she has been working on a number of different projects outside of the studio. “I’ve been quite lucky to work on loads of independent projects. Most recently I’ve been working on an identity for a friend’s homeware collection ‘Honey Honey.’ She’s making pots and candle holders out of resin. In addition to designing the identity, I have created the packaging, business cards and social media marketing. It’s a great project to be working on. My friend has an idea of what she wants but she’s letting me take the creative lead on it.” Her current passion project has been print-related. “I’ve recently started collecting prints and posters. I love illustrative posters, especially Laura Callaghan’s work. I’m obsessed!” Staying interested in different things helps to keep her work unique. “There is so much design in the world that originality is a bit of a challenge, especially with sites like ‘Pinterest’ and ‘designspiration’. All of the sources you absorb end up coming out in your work. Therefore, it’s important to find original, meaningful references to get the best outcomes.”

You can check out more of Alex's work here.