In With the New: Amy O'Donnell 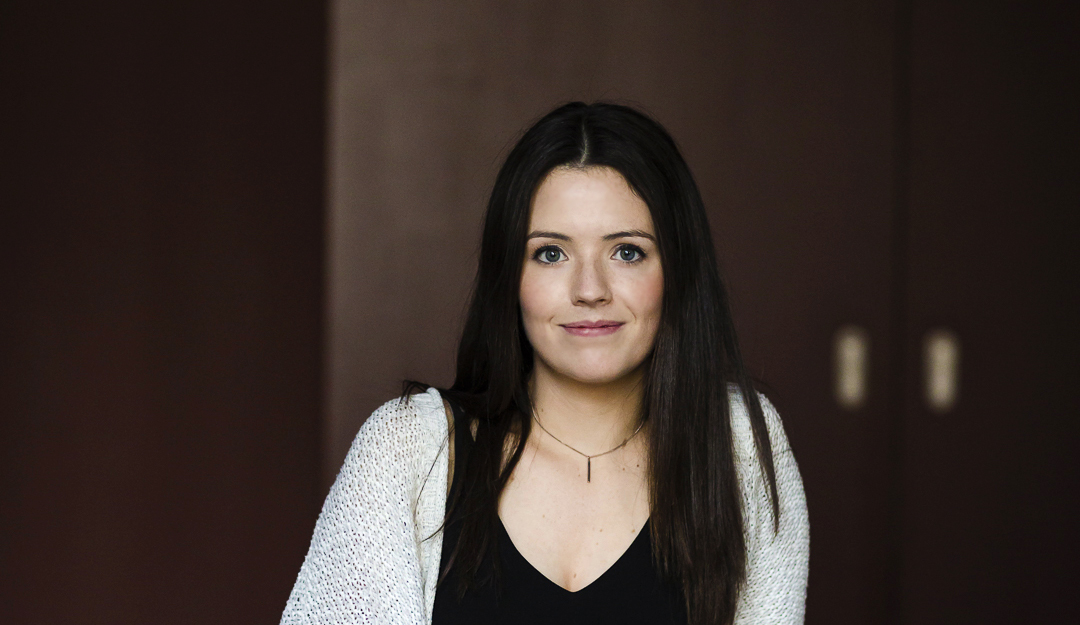 Over the past two months we've spoken to a host of the 100's younger and newer members about their studies, their careers, their insights and obsessions. In With the New has been a really enjoyable series for us to put together, not least because it reaffirmed our suspicions that Ireland is producing some amazing young designers (and where better to find them than the 100...). Read on for our final installment, a chat with LSAD graduate and Zero-G designer Amy O'Donnell.

When Amy O'Donnell graduated from LSAD and began her first full-time role at Zero-G, she was thrown in at the deep end as the main designer of the Ireland 1916/2016 Commemoration collateral: 'I had to learn quickly, but had great guidance. Since then I have worked on lots of other projects for EPIC The Irish Emigration museum, The Abbey Theatre, Dyspraxia DCD Ireland and many others.' After a four-month internship at Zero-G while still studying, the studio was the obvious choice to begin her career post-studies. 'I loved working with the guys in Zero-G, and had many opportunities to get involved in work for clients such as the Special Olympics, Think Whole Person Healthcare and Gas Networks Ireland. I have been here for almost two years now, and have really enjoyed my time here so far.'

Ireland 1916/2016 was of course a huge project with an immense variety of outputs. Amy tells us about some of the projects within the project. Among many other things, Amy had to design and project manage 32 local authority plans for the commemoration, one for each county council. 'The biggest challenge for this project was that each had to look like part of a suite of brochures, but also be different to one another. I decided to use shades of each local authorities county colours, and an historic image from that area from 1916. I also created a template for the inside of the booklets in order to make it easier for someone to flow in the (English and Irish) event text. I was coordinating with the client, filing the various information and images that I received and even discussing specific colour choices with some members of the local authorities.' Amy's favourite project for Ireland 1916/2016 was the creation of the Easter weekend map booklet, featuring commissioned illustrations from Fuchsia MacAree. 'The best thing about working on this piece was being around Dublin on Easter weekend and seeing people using the map that I designed. There was a lot of information that needed to be conveyed in this piece, it needed to give information on wreath laying ceremonies and their locations, the parade route, transport routes, the many musical events, language events, performances etc and where they were happening, while being legible, and folding down to fit in your pocket!' Phew...

Work focussing on a predominantly Irish audience seems to be something Amy enjoys doing, with a number of her projects while still at LSAD doing just that. One such project was SEA, a magazine promoting the wealth of activities and benefits offered by the sea Ireland is surrounded by, while another was her award-winning response to the ISTD's 2015 brief, 'Taboo'. 'This piece highlights some of the concerns of successors who will inherit the family farm. The topic of inheritance and of succession in Irish farming families is generally a taboo subject, and therefore rarely discussed within the family. This creates a problem for heirs who potentially have other plans or wish to pursue a different career or lifestyle. One of the main concerns of Irish farmers is continuation, therefore young farmers do not wish to be the ones to break the link in the chain and disappoint or be ostracised by their families.' The result was a publication designed to highlight the issue to those involved and beyond, and to encourage much-needed discussion within families and farming communities about their futures.

Aside from audience, it's working with clients that Amy now relishes, though it has been something of a learning curve. 'I've been very fortunate to be working directly with the clients from the get-go. Something that I have found can come hand-in-hand with working with clients is that you will sometimes come across setbacks, or criticism that can be hard to digest, but it is a collaborative process and I find that the client often has valuable insights, so listening to them and working with them is key.' In particular, learning to handle criticism has been a key part in developing as a designer, and Amy thinks it's ultimately led to better work: 'I've learned that it is important not to take feedback personally and to be objective. I have found that when I am less precious about my ideas and sharing my work, I give the work the extra push that it needs, it usually turns out better for it.'

Take a look at Amy's submissions to the 100 Archive, and see more of her work on amy-odonnell.com.