In With the New: Craig Sinnamon 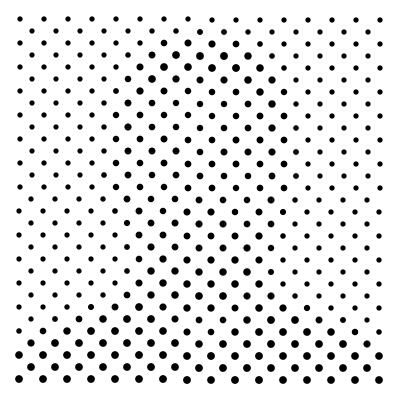 WIT and Ravensbourne graduate and London-dweller Craig Sinnamon is on the hunt for brave clients. And while placing an ad in design journal Works that Work offering 'Graphic Design for the rich and patient' didn't lead to anything, he's certainly not stuck for interesting work to sink his teeth into. After his studies, Craig spent four and a half years working with Holger Jacobs at Mind Design before breaking out on his own. He tells us about the work he wants to make and the work he's getting done, and it seems as though if you were to draw a Venn diagram of it, a fair amount would land right in the middle.

'Exhibition projects are great. They cover all the things I am interested in: identity, signage, 3D site-specific items, print, collaborating with people and a chance to experiment with new materials. You also learn a lot about the exhibition subject and meet people who are passionate and go the extra mile for the project. Exhibitions also have the benefit of going up, coming down and then being over.' One such project was Out There, an exhibition of post-war public art in Britain in Somerset House, curated by Sarah Gaventa. His approach for this project was to drill down to a central idea and then make all decisions based on that. 'We had access to a brilliant photographic archive from the period and were struck by the less formal images of the public interacting with the art. We loved these images but the general committee preference was for images showing the art in a more “heroic” way. After many meetings we eventually managed to convince everyone. The public with public art then became the theme for selecting images to promote the show, such as a slightly sceptical man between the Hepworth for the main poster.'

Another exhibition project was Never Mind the Bollards, taking a look at design in public space. Here Craig felt the project got a mind of its own and pushed further than even the client requests. 'We ended up suggesting a whole newspaper instead of a small flyer for visitors. It was a better fit for a project about public space as it is what people read in public. Once the printing cost proved cheaper, The Bollard Observer was born. It was about 10 times the amount of work and we now had to commission articles in a short space of time, and I was certainly questioning this approach when I was up at 3am writing a garbled account of public typography to help fill a spare page...' An approach like this is in stark contrast to the means of developing system-based work, though he finds charm in this too: 'I'm often attracted to ideas which are system-based. It takes a bit of thinking in the beginning but then a beautiful logic and even laziness in execution. Often pushing something to breaking point can create something which is logical, beautiful and absurd.'

He tells us too about the beauty of a client or request that puts the spanner in the works. 'A project for my regular clients, Julia Muggenburg (the founder of Belmacz Gallery), was for an exhibition of jewellery called Gold. She was really keen for it to have a Wild West theme. I was really struggling and all my sketches were shit. So in the end if she wanted cowboys, she was getting fucking cowboys. I googled cowboys (yes, I was that desperate) and lots of images of camp cowboy fancy dress costumes appeared, all conveniently on a white background. I nicked them and placed onto the brochure. The images were so low resolution that they imported really small next to the jewellery images. The cowboys looked attracted to the gold jewels like ants to a picnic. I added these sketches as a joke at the end of the presentation and she loved it. It was only a small job but I found it exciting to let go and just react to what happens.'

We ask Craig what his interests and influences are, inside and beyond the world of design. 'Design-wise I’m in love with the work of Gerd Arntz. His isotypes are a pinnacle of minimalism without the loss of character. It is like seeing the pictograms on their day off — getting up to all sorts of dark, sordid activities! The work of Bruno Munari, Emil Ruder, Helmut Schmid and Wolfgang Weingart are other constant references. I also like old video games. My studio has become a bit of a storage area for them as London flats are so small. Oh, and I do go outside as well...'

Take a look at Craig's submissions to the 100, all of which to date have made it into Archive selections. You can see more of his work at craigsinnamon.com