In With the New: Jordan Huysmans 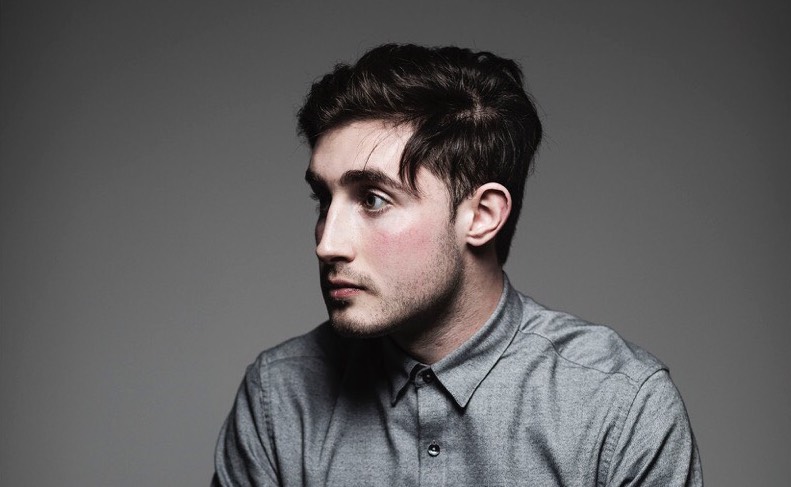 '2016 was a tumultuous year that shifted world politics in a direction I don’t think many people expected. It was interesting to see the emerging work in response to this fear and uncertainty, and to see creatives of all disciplines come together to create really powerful and impactful work in protest.' 2016 was also the year Jordan Huysmans graduated from NCAD and began participating in the Threex3 programme, although he will be the first to admit that bigger things are happening in the world... 'I believe that it’s an important time to use creativity as a means of inciting positive change. Even looking at recent advertising, a lot of brands are promoting more positive messages around race, gender, sexuality and identity. And here at home we’ve seen creatives come together in the fight for marriage equality, and currently in the fight to repeal the 8th Amendment. In a current society where hate is seemingly becoming increasingly prevalent, we as creatives have the power to respond and spread messages in a more impactful manner than any hate could ever accomplish.'

A political and social conscience seems an incredibly important part of the work Jordan pursued while studying. One project saw him design a book called Service No. 3145/241062 which is a series of of diary entries from British soldier Sergeant Samuel Henry Lomas, who fought against the Irish rebels in the 1916 Easter Rising in Dublin and executed the first three rebel leaders in the aftermath. His final year work focussed on the dark web, the part of the internet that is only accessible by means of special software, allowing users and website operators to remain anonymous or untraceable. In particular, he made work exploring the positive aspects of the dark web and its use by those living in oppressive regimes. 'In countries that censor free speech like Iran and China the dark web offers people a means of speaking honestly, with total anonymity. My project explored its potential in essentially restoring a basic human right. The research involved spending a few months exploring the dark web, and even conducting interviews with Chinese citizens who I encountered on dark web forums. It allows them the freedom to openly criticise their governments without the risk of persecution. I made a video with comments made by Chinese citizens about their government, and displayed it on a customised monitor that could only be seen through a special sheet of glass. I also made a series of 3d posters and a book.

'The purpose of the project was to show people what the dark web is, and its role in restoring free speech online for those who are heavily censored. It was also to raise awareness that not everyone is free to openly and honestly express themselves on the internet.' It's clear that an interest in politics and society helped guide the work, but there were some other influences too: 'It was also inspired by a combination of watching Charlie Brooker’s Black Mirror and having just read George Orwell’s 1984. Modern culture can be an important source of inspiration!'

The college environment was really conducive to pursuing work like this, where Jordan could explore topics of his own interest and find his own voice as a designer, and he acknowledges what a luxury that was: 'In college we live and work in a creative bubble with the freedom to produce work with no real restrictions, which I think is a crucial aspect in helping find your voice and the role you want to play in the creative world. But in a studio, you’re working as part of a team alongside other designers.' It's been important for him to learn how to work in that very different environment, and he tells us that, 'I’ve learnt the importance of creative work as a collaborative process, and that it’s so important to communicate and work well with others.'

While he's collaborating with former classmate Michael Simpson on branding and an identity for a kids toy product, he is mainly focussed on getting the most from his time on the Threex3 programme, starting in October in Detail and recently moving on to Zero-G. 'I’ve immersed myself in the work of the studios trying to soak up and learn as much as I can while I can, and haven’t taken up any side projects in the meantime. Currently I’m working on a book with Ciaran O’Gaora in Zero-G, which will be released later in the year.' And his thoughts on the future? 'Honestly, being so new to the industry and only finding my feet, I have no idea where I’ll be in the next few years or what I’ll be doing. I hope to be able to create some impactful work that will serve a beneficial purpose to people. So we’ll see what the future holds!'

Take a look at Jordan's website for further information on his recent projects, and see his submissions to the 100 Archive here.