In With the New: Mike Simpson 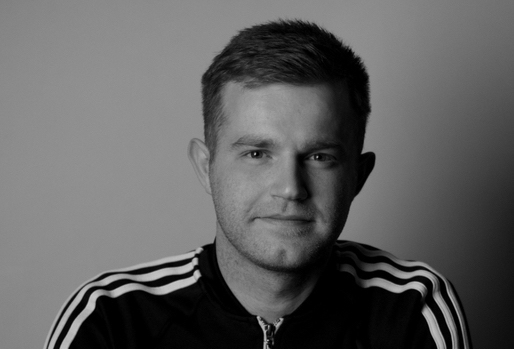 'My first interest in design came from the hip-hop culture in New York, mostly things like the graffiti and the old advertisements on the subways. I was taken aback by how people were using these letterforms, completely taking them apart and re- constructing them through colour and style. It’s evident that my interest and focus in expressive typography stemmed from here: as much as I appreciate the fine strokes and curves of letters, I enjoy taking them apart or re-designing them just as much.' Dublin-born Mike Simpson has just graduated from NCAD's Visual Communication programme where he focussed on the fundamentals of typography and the design and process of printed matter. After that came a period in residence in NCAD and some time working in Distillers Press and now he works in Post.

'Since graduating and being surrounded by other creatives in the industry I’ve learned a lot. Things like patience and persistence are key, especially just after you graduate. At the moment the most important thing I have learned is commitment. As I am still only a year out of college commitment to any job or task, whether it’s research or art working a project is important. The same applies to a relationship or a sports team, you’ve got to show up.' In addition to 'showing up', both literally and figuratively, with regard to his work at Post, Mike undertakes an amount of personal work too. 'Doing personal work is good. Whether you’re still studying or not it’s nice to make something at your own pace that can still be beneficial to your professional practice.'

Much of the work Mike creates on his own steam, like the work he produced while at NCAD, focusses on how and where type and music meet through publication and editorial design, such as his Substance Journal, which looked to regain an appreciation of influential musical genres and Modern Love, a reinterpretation of reading and writing music (for which he gained ISTD membership). He's also a big fan of the poster as format for experimentation with type. 'Given the nature of the poster you have a lot more freedom and less restrictions, depending on how you want to approach it. In general nowadays I think people are channelling a lot more freedom into their work without any concern for the traditional rules and concepts, which is great to see. Although sometimes you might have to bite your tongue at it, you can still appreciate what’s being done.'

He and fellow NCAD graduate Jordan Huysmans are beginning a poster project in May: 'The idea is to bring creatives from different ends of the spectrum together to create a unique piece of work. It’s a chance to meet new people, share ideas and learn from one another.' He has been given the opportunity to take part in an Iraq and Syria poster collaboration project that will be exhibited in June 2017 in the KK Outlet in London, led by Yasseen Faik and Grey Jam Press. And he's even trying his hand at animated posters, inspired by the work of Studio Feixen: 'It’s nice to see the poster being taken out of it’s natural setting and given a brand new life on screen.'

Although Mike has set his sights on doing some further work and study abroad (he's going to apply to Werkplaats Typografie next year), he's glad of where he's grown up and spent his time so far: 'Both of my parents grew up and worked here in Dublin so I’ve always been here and I consider myself quite lucky to grow up in Dublin. Dublin has a lot of character which I think is visible when you meet people in the design community. Also, everybody enjoys a good pint!'

Take a look at Mike's submissions to the 100 Archive, and see more of his work on mikewsimpson.com.