In With The New: Oisín Ralph 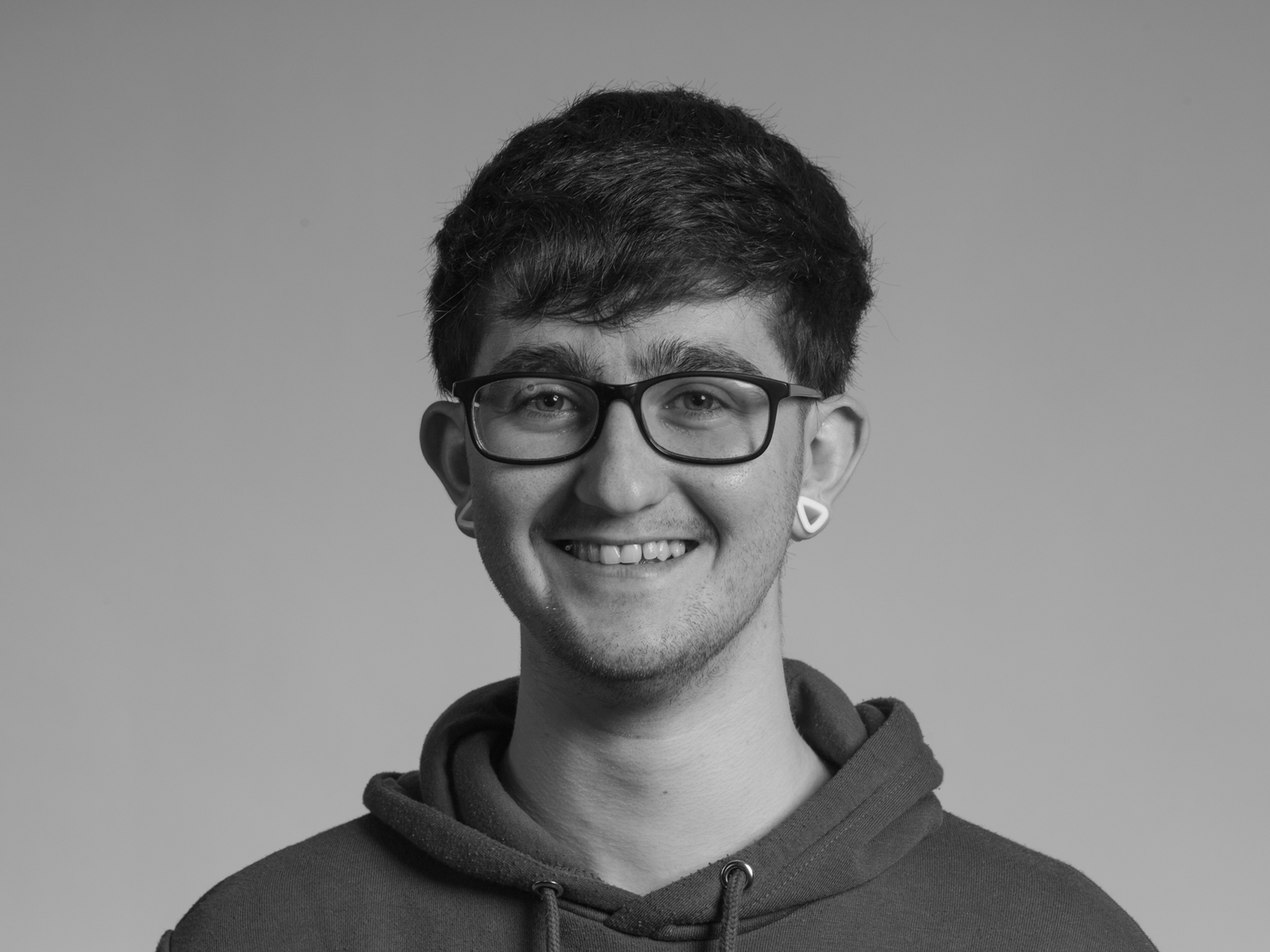 Next we have Oisín Ralph, a Castlebar native who studied graphic design at the Limerick School of Art and Design and is currently working for Piquant Media in Limerick.

Throughout school Oisín spent his time dabbling with apps like Photoshop and anything else digital. Despite other fleeting interests, “this was the one aspect of my life that I consistently kept doing and trying to get better at. I started exploring websites and basic coding, learning the likes of basic HTML and CSS. The little teenage me was delving into all of that – it was my start in design. Granted, they’re horrible, but it’s where I began. That and an obscene amount of time on the Xbox! It did lead me on this path though so I guess that horror has a silver lining.” (We had a bit of a creep on Oisín and dug up some early websites he made when he was just twelve. Despite making him cringe, we were very impressed!).

During a PLC year there was a last-minute scuffle to pull a portfolio together with a month to the deadline. It was worth the panic and Oisín found himself with a place in the Limerick School of Art and Design. “I was cramming to get some sort of portfolio together in a couple of weeks, while also simultaneously not really having a clue what I was supposed to do for it. I wouldn’t recommend this approach. I don’t even know how I managed it.”

College was a formative experience where he fell in love with the freedom of design. When he finished, he found the lack of structure challenging. “I used to limit myself a lot with rules I was supposed to follow and it took me a while to overcome that. Now I’m coming to terms with how everything college teaches you is more like fundamentals and guidelines rather than hard set rules. Going against them sometimes and stepping outside of boundaries, whatever they may be, can be really beneficial to both the designs themselves as well as your overall growth as a designer. You can always bring the rules back into it and apply more structure to it further along but in the beginning, it felt limiting, so breaking away from that was good.”

He’s found external factors, like a lack of confidence, have added weight to the most challenging projects. Having had time to reflect he thinks his final year submission, ‘Socially Constructed Psychological Imprisonment,’ has been the toughest. “I put a lot of unnecessary pressure on myself to put my all into it. It was also one of the first times I properly established a brief for myself and took full control of every aspect of the project. That posed its own challenges as I’m quite a fickle person. Indecisiveness became the primary theme throughout the entire process.” Long nights researching pulled him down numerous rabbit holes in an effort to gain the greatest understanding of his topic of confinement. “I was very conscious of accurately illustrating each concept and staying true to the message, but in abstract ways. There was a lot of second guessing and the biggest thing was trusting myself.”

The project was definitely a success, winning him awards from both Paper Assist and Piquant. “It took me a while to say I was happy with it. I was working right up until the deadline, to the point that the tutors were like, ‘Can you please put something on the wall?’ I was like, ‘Ah it’s coming, it’s getting there...!’’ He spent his graduate summer working in Piquant, where he is based today. “I absolutely love it. Great people, great work environment. There’s a lot of creative freedom but there’s also a lot of amazing causes we’re working for as well – I like that balance.” Piquant is a Limerick based studio rumoured to have delicious group salads at lunchtime, so we took the chance to investigate the hype. “That’s been put to a halt since the pandemic but it used to be a full on salad counter kind of thing. I miss it! It’s easier to talk to people when it’s work related. You’ve opened up that narrative, started that dialogue. Work becomes easier because that tension is eased off and you’re a bit more familiar with everyone. It’s a great thing to do. Recommendation for every business: do lunches together!”

By the end of that summer, he had earned a spot on the 3x3 graduate internship programme. However, thanks to the coronavirus his time was cut short. “I never made it to Zero G; I did a 2x3! But it was a class experience. It was really helpful being in that environment. Working alongside other people was a nice introduction to the whole field, rather than being thrown completely into the deep end.” He worked from home until July with Detail and now is working for Piquant. “I have a love/hate relationship with working remotely. Sometimes it’s amazing, productivity increases and it’s going great. Other days it’s quite difficult not having the team around you to either bounce ideas off or have a quick chat and a laugh with – to just reset for a second. It can also be quite straining and difficult to ‘turn off’. Adam J Kurtz says it best I think with his print, ‘Do what you love and you’ll work super hard all the time with no separation or any boundaries and also take everything extremely personally.’ It can be difficult to stay focused and keep that balance. I’m not very organised!"

Overall, he prefers working in a studio, where working together is easier and more enjoyable. Despite feeding off the buzz of collaborative work, Oisín wouldn’t class himself as an extrovert. “For most social encounters I’m quite happy to sit back in the corner – that corner could be all the way back at home! In most aspects of my life I’m fairly introverted but then work is a different atmosphere. Having a group around you I think is great. It’s a very motivational environment to actually get things done.”

In between busy studio days Oisín enjoys figuring out personal projects. At the moment he is in the early stages of research for two different projects. “One is looking into unknown queer history. I’m trying to focus on things that aren’t Stonewall. There’s been a lot of American coverage but I want to feature some Irish history. You’ve got the murder of Declan Flynn, which was the catalyst for the Irish Gay liberation movement. I’d like to focus on the more uncommon or the closer to home history.” The second project is focusing on the DSM-5, a psychological diagnostics manual. “It’s pretty much a checklist for any mental illness and looking at previous situations where the likes of homosexuality and being transgender were considered a mental disorder. I’m taking a look at some of the stranger ones. By today’s standards some of them are just daft.” It takes a certain level of time and motivation to see personal projects to completion but he has found the sweet spot for making them happen. “The only person expecting this outcome is you. You could very much be easy on yourself and say, ‘Ah it’s grand, I’ll do it tomorrow,’ completely forget about it and then, ‘Oh yeah!’ But having some sort of plan in place, tipping away at it, and trying not put too much pressure on yourself gets you through.”

Oisín is open to working on all sorts of different projects in the years to come. “I always like experimenting with new things and getting out of my comfort zone, trying to figure different things out: be that programs, techniques or processes. Whenever I actually get time I’m usually just messing about with some new program or whatever.” He finds variety important and working on different kinds of projects consecutively. “It can very quickly become mundane and monotonous. Sometimes with tight deadlines thrown into the mix, working on similar projects in quick succession can develop similar traits across each project. Being able to break up the types of projects I’m working on is really beneficial for both my own motivation and creativity, as well as for the project itself.”