In With the New: Sarah McCoy 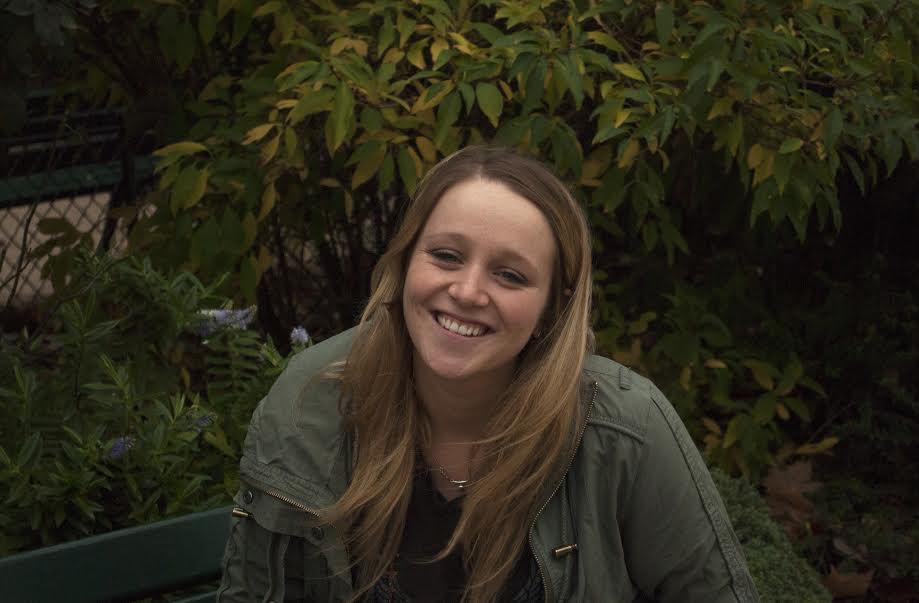 Some time spent travelling after completing her studies at DIT has helped Sarah McCoy figures some things out. And what are those? 'That Dublin has such an exciting emerging design industry and I want to be here and be part of that. However, I think it’s really important for designers to move away and experience other design approaches and cultures at some point in their careers.'

Once Sarah's travel bug subsided she came home to her native Dublin to work on the ID2015 book, a project she credits as a fun and informative one: 'One of the most rewarding parts of working on the project along with Hannah Fleetwood was being part of a multidisciplinary team which was made up of mostly non-graphic designers. Although a challenge, I think it was an important lesson to learn how to communicate with people outside the graphic design bubble. And it was an amazing opportunity that allowed me to explore my love for typography and print design. I mean really, who doesn’t enjoy making beautiful books?!'

The real world design experience is something Sarah really enjoys, and her first taste of it came when she took on the job of designing LIFT OFF, the DIT Graduate Exhibition in 2015. 'This gave me an insight into the challenges of working with budgets, clients and limitations. The experience allowed me to be involved in every aspect of the design process. It helped me understand when to listen but also when to be confident in my decisions.' The project was also a chance to work on something she cared about and was really proud of, which she aspires to do as her career progresses: 'I would love for my work to touch on environmental, political and cultural issues. I think the most exciting thing that’s happening at the moment in Ireland is the Repeal the 8th movement. The re-emergence of political activism within design that echoes the 1960s is really interesting.'

While she's based in Dublin now, the opportunity to work internationally regardless of where you live is something that excites Sarah, and keeps her connected with the world outside Ireland. 'Recently while I was living in New York I was able to collaborate on a project with another designer in Melbourne and an editor in Dublin. This freedom allows designers to communicate and learn from a large number of people who were previously unavailable. But I would still like to travel some more and work in as many places as I can. Japan, Germany, Sweden and Australia to name a few...'

We ask Sarah about her interests and obsessions are outside of design, and she proves that there's a lot more to life than type and layout: 'I’m not sure if I can call it my obsession yet but I’ve recently started Kendo classes. It’s a traditional Japanese martial art based around sword fighting; a bit like fencing. It’s good to have interests outside of design for a break and a change of focus for a few hours a day and luckily there is always something going on in life to distract and inspire you. At the moment with my family Kune Kune pigs have become the most frequent topic of conversation. My sister has had her heart set on getting a pair for the last few years and is hoping to finally get them at the end of this month. I suppose that’s what you get for being exposed to the book ‘All Pigs Are Beautiful’ from such a young age...'

Check out more of Sarah's work on her website, while you'll find more info on her design work for LIFT OFF here on the 100: it was selected to be in the 2015 Archive.