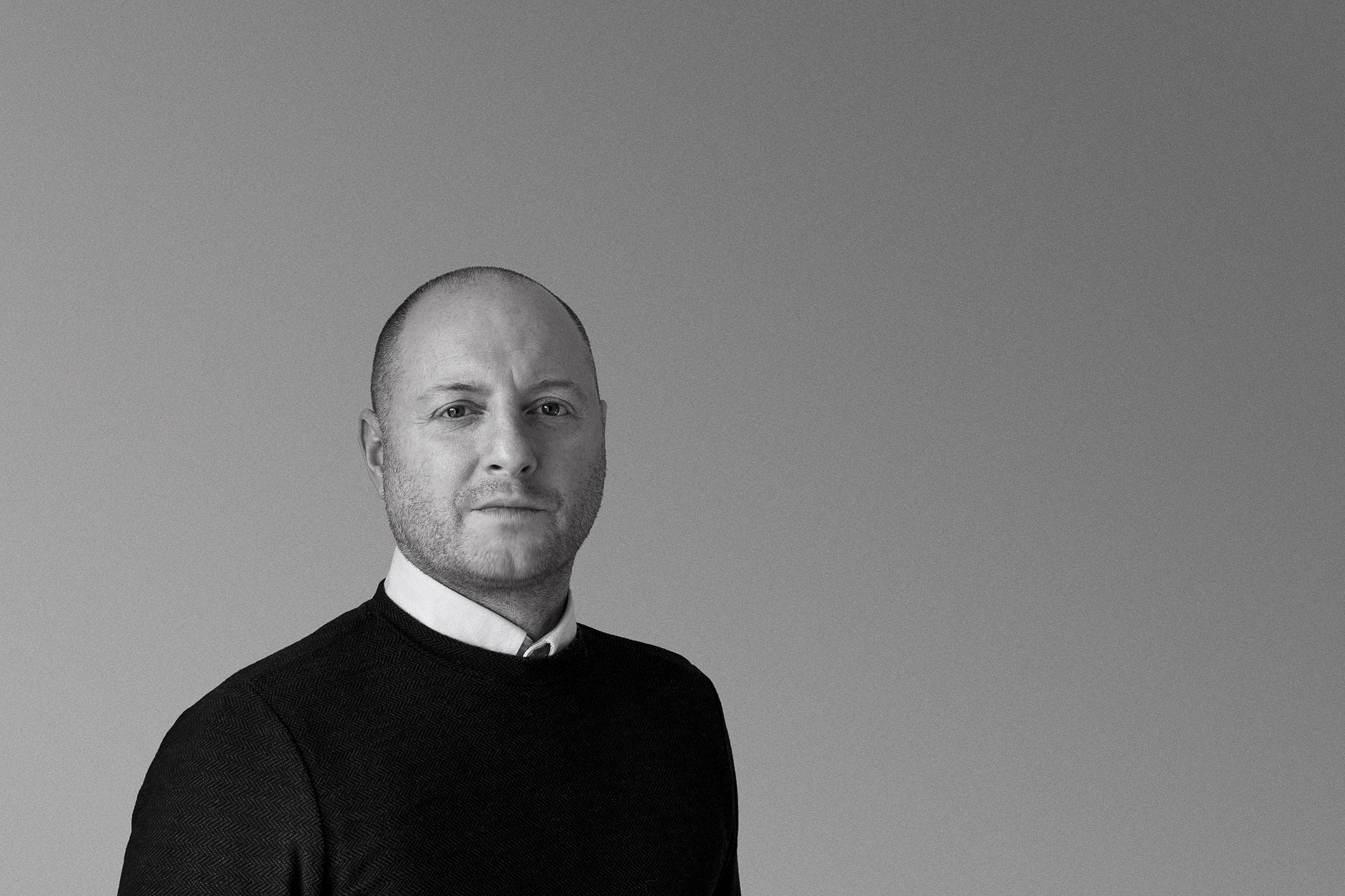 ‘When I graduated from Waterford IT in 1999 I wanted to travel. Like so many others, I went to South East Asia and on to Australia. I picked up my first ‘design’ job in Sydney. The newspaper ad stated that a ‘City Centre Agency’ was looking to hire a layout artist! I had visions of working in a glass and steel skyscraper…’ Wexford-born Brian Byrne recounts his first design job: ‘Walking into the tiny, suffocating office was like walking back in time – books, magazines and files everywhere piled high, old school desks, filing cabinets, not a computer in sight...and a cat! There were also two old men in there. Although their presence wasn’t first apparent, one popped his head out from behind a pile of boxes and said “Ah, you must be Brian!”’

And so began Brian’s design career, working with Green + Gold, run by brothers Jacob and Daniel  McGovern. ‘I spent the next four months in that office putting together small adverts for local telephone directories. While the job wasn’t what I expected it was a great education – I had to deal with lots of information and lay it out clearly using limited amounts of space. Jacob and Daniel were eccentric, funny, definitely a little bit crazy but genuinely kind and so generous with their time. I’ll be forever grateful to them.’

On returning to Ireland, Brian set up on his own, but in his own words, ‘I was too young, didn’t have enough confidence and was doomed to fail from the start.’ A diversion into four years of studying architecture only to graduate in 2009, at the beginning of the crash, didn’t prove fruitful, but strangely, his graphic design work seemed to pick up. ‘Later that year I bumped into an old friend of mine who was running a nightclub in Wexford, and he asked me to design some posters. That turned into a regular thing, more work came my way and slowly, ever so slowly, I found myself running the business I always wanted!’

Since then Brian has been working with a diverse range of clients, including international brands like Edelman and SGS, national organisations like the NDLS, Focus Ireland, and Bord Bia, various branches of local government, many small and medium businesses, right down to the local plumber who knows the value of good design. ‘Discovering who your clients are and how they want to be perceived is one of my favourite parts of the job. The diversity in conversation is fantastic, engaging with people from all walks of life and all sectors of business. You learn something new from every client and I thrive on that.’

Brian’s clients come from near and far, which he credits as being a key reason he can work the way he does. ‘I think the obvious challenge about running a design business in a small town like Wexford is population size. According to the 2016 census, the population of Wexford Town is 20,188, making it only the 22nd biggest urban area in Ireland. More money injected into the local economy is what’s needed and unfortunately, less money means fewer businesses and potential clients. Thankfully being able to work remotely means I don’t depend purely on a local client base. If that wasn’t the case I don’t think I would be able to run a business from here.’ Another challenge he cites is rural broadband — or a lack thereof: ‘High-speed fibre certainly hasn’t reached my part of Wexford. Speeds are relatively good in the towns and bigger villages in the county but where I live it’s so poor. And unfortunately, looking at the national rollout plan it doesn’t look like our area we’ll be connected any time soon…’

But he sees plenty of advantages to his location in Wexford too, not least the proximity to nature. ‘Whenever I get stuck on a problem or I need a break from the computer, I take the dog for a walk through some of the most beautiful countryside: enough bucolic tranquillity to ease the most frazzled of brains. Or I take a drive to Curracloe (seven miles of white sandy beaches), the nature reserve Raven Wood and the almost tropical Raven Point. With its shifting sands and lagoons, it looks different almost every time you visit. Its the perfect antidote to deadlines, emails and client changes. Just unplug and go!’

Small(er) town life also means a tight knit business community, where you can soon find your bearings and your reputation can grow easier than it might in a larger urban area. And while you might not know it, the South East is home to a buzzing design community. ‘I joined up with Fused last year, which is a very informal collective of designers in the area. The goal of the group is to raise the profile of graphic design and promote the value it can bring to business and the wider community in the South East. We meet every month in Waterford to organise and discuss upcoming events. It’s a real joy to be part of such a group, especially for someone who works alone. It’s great to talk to fellow designers, collaborate, share stories and experiences. I always feel energised and inspired after our meetings.’

Brian also feels a real sense of quality in the work being produced in the area, or by people from the area. ‘Wayne Daly, also from Wexford, was in my class in Waterford IT back in the 90s. He was a pillar of sense among a class full of berserkers! His dedication, talent and work ethic was something to behold and even though I haven’t spoken to him in a while I’m sure that hasn’t changed. TrueOutput: is an award-winning design studio in Waterford City, run by John Gavin along with Colm O’Connor and Leon Murphy. Pixelpod is a design studio in Wexford Town run by husband and wife team, James and Yvonne Rath. Their arrival on the design scene in the South East has been a breath of fresh air.’

If you’re in the South East yourself, drop Brian a line, as he’s keen to keep the network growing. He’s also brimming with recommendations if you visit Wexford — things to see and do, places to visit, great food and drink spots. If you end up looking for a drink in Simon Lambert’s you might find him there: ‘Their very own Yellowbelly beer, particularly the Citra pale ale, is smashing!’