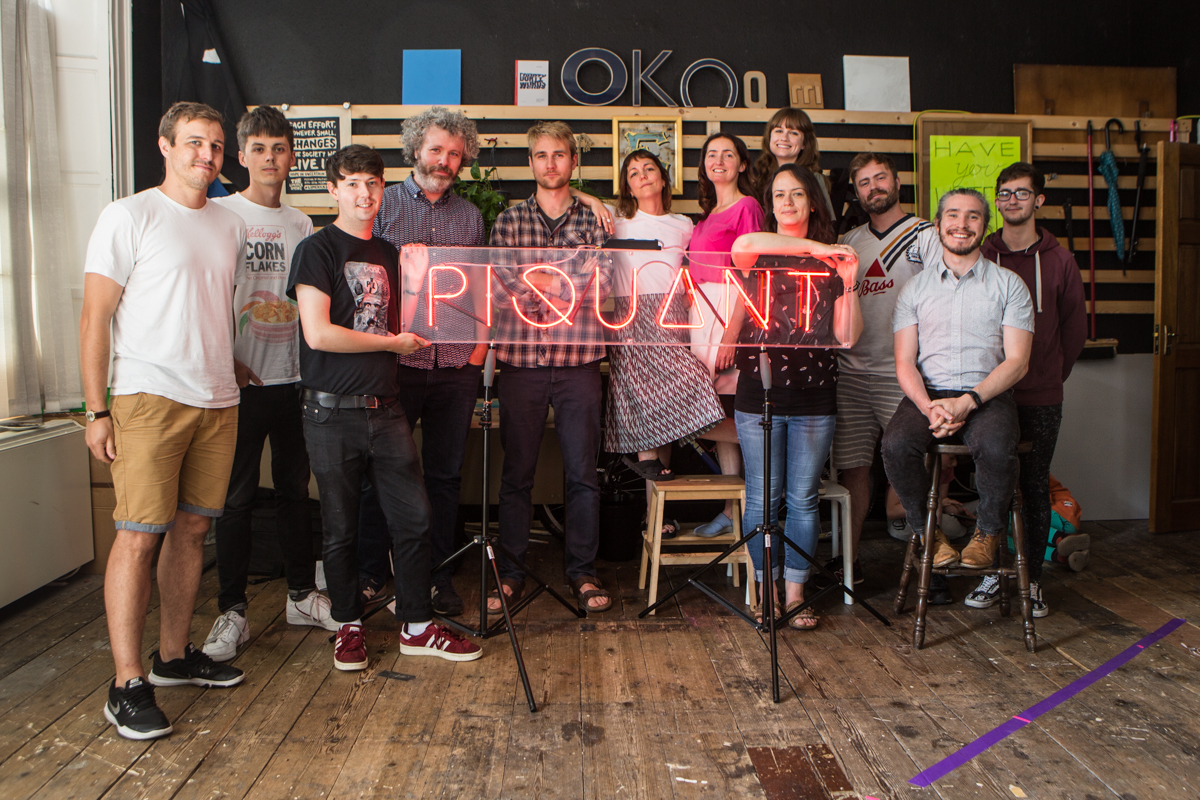 This month's picks come from Limerick's finest, Piquant, and were compiled with a fair amount of contention and division. They got there in the end, though...

Féile na Gréine
16 - 18 August
A three-day music trail that takes place across Limerick city. With an exciting lineup of +30 unusual and unique Irish acts, this is not an event to be missed. Oh, and did I mention that it's free.

Swimming in the Canal
Every day, Ardnacrusha to Clonlara, Co. Clare.
It's Hot! Time to take yer tops (and bottoms) off and dive into the lovely cold water. Plenty of high things to jump off.

Kim Gordon: She Bites Her Tender Mind
27 July - 10 November, IMMA, Dublin
A multi-disciplinary exhibition from the Sonic Youth bassist kicks off with a performance from her current group, Body/Head. A chance opportunity to see the legendary artist and her work.

A Modern Eye: Helen Hooker O'Malley's Ireland
21 June - 1 September, Gallery of Photography Ireland, Dublin
A photography exhibition from the American sculptor and painter. Helen Hooker O'Malley lends her outsider's eye to show us daily life in Ireland spanning from the 1930's to the 70's. The results bring modernity to what otherwise feels like an antiquated place in time.

The Mary Wallopers - A Mouthful of the Mary Wallopers
The debut release from the Irish folk song collectors transforms their raw, live performances into a digital format for your convenience. Goes well with a pint of stout.

VA - Andy Votel - Music Minus Music
On heavy rotation. A great album of mad songs from all over the world. I always go back to this for that Indian song 'Yaaro Sonnaangalaam'.

How To Be Sound - Podcast
I'm a big fan of Rosemary Mac Cabe, she is a straight talker with a wonderful mix of loud confidence and humble gratitude. I think it's her honesty and openness in these podcasts that I really enjoy.

JARV IS... Must I Evolve
New music from Jarvis Cocker -  A nice dance around the house number - A fresh sound from a 90's legend. He seems to be having fun.

Helado Negro - We Will You
A haunty little number that creeps into your head - headphones recommended.

Grace Jones - She's Lost Control (long version)
When things are better than the sum of their parts. Well, maybe not better than the original Joy Division version but still nice.

Feminism for the 99%: A Manifesto by Cinzia Arruzza, Tithi Bhattacharya, and Nancy Fraser
Inspired by the new wave of feminist militancy that has erupted globally, the manifesto explains why feminism should be anti-capitalist, eco-socialist and anti-racist.

The Making Of by Brecht Evens
A graphic novel that follows a troupe of amateur artists and their attempt to host a Biennial Art Festival in the Flemish countryside. This is a book that looks at ego, community and tenderness. With fluid watercolour illustrations that seem to melt in the sun, this is a must read every summer.

Happy City by Charles Montgomery
An accessible read about how urban design can make our lives better. This book address some of the big challenges facing our societies here in Ireland like housing, transport and internationally like carbon dependency. We have a limited time to amend our behaviour before we make complete shit of the planet. This is a good positive place to start.

The Long Earth by Terry Pratchett & Stephen Baxter
What if you could flick a switch and step into an alternate Earth - and keep on stepping. Who occupies these worlds and how are they different? Super easy read and a fascinating adventure.

Orange Horses by Maeve Kelly
Short stories by one of the founding members of Limerick Federation of Women's Organisations, she tells stories of women in contemporary Irish society.

Love's Executioner by Irvin D. Yalom
10 absorbing case studies from the renowned existential psychotherapist. Amazing look at the potential of human understanding and insight. You really feel his intrigue, sympathy and genuine love, but also frequent irritation and downright dislike.

Vagina: A New Biography by Naomi Wolf
It's amazing what a taboo subject the vagina is. Here Wolf explores what we don't know about the vagina and more importantly why. Inspirational, revealing and empowering, you don't need to own a vagina to read Vagina.

ANIMA - Netflix
Directed by Paul Thomas Anderson with new music from Thom Yorke, this 15 minute short presents itself as a silent comedy. It's a joy to watch the beautifully shot choreography.

ArteKino Festival
ArteKino Festival is an event launched in 2016, aimed at cinephiles and film lovers from all around Europe, willing to discover a selection of some of the most original and stimulating recent European productions. The website offers free online access to view featured films subtitled in several European languages.

Call My Agent (Dix Pour Cent) - Netflix
It's set in Paris, it's hilarious, Juliette Binoche is in one episode and it's all in French - no need to say anything else.

The Thick of It - Netflix
Started rewatching it after Conor was talking about it. British comedy by Armando Iannucci about the spin doctors behind the politicians.

The Grove Veggie Kitchen, 11 Cecil Street, Limerick City
Good vegetarian food on their terms - got to be respected.

Lemon Ramen, at Miyazaki's Japanese Takeaway, Cork City
Easily the best food I have eaten in anywhere in Ireland. This isn't an opinion, I'm just stating a fact. It is the best. If you stumble by this tiny Japanese restaurant, do yourself a favour and stop by.

Tartiflettes at the Milk Market
A French concoction of fried potato, Reblochon cheese, cream, lardons and some chopped onion for good measure. This is unapologetic comfort food. Nothing quite beats munching on this while you trundle through Limerick's vibrant market on a Saturday morning.

Lemon Shortbread
Found this recipe in the Irish Times recently and it is wonderful. Super easy to make and very very delicious. I recommend you buy some lemons and get baking.