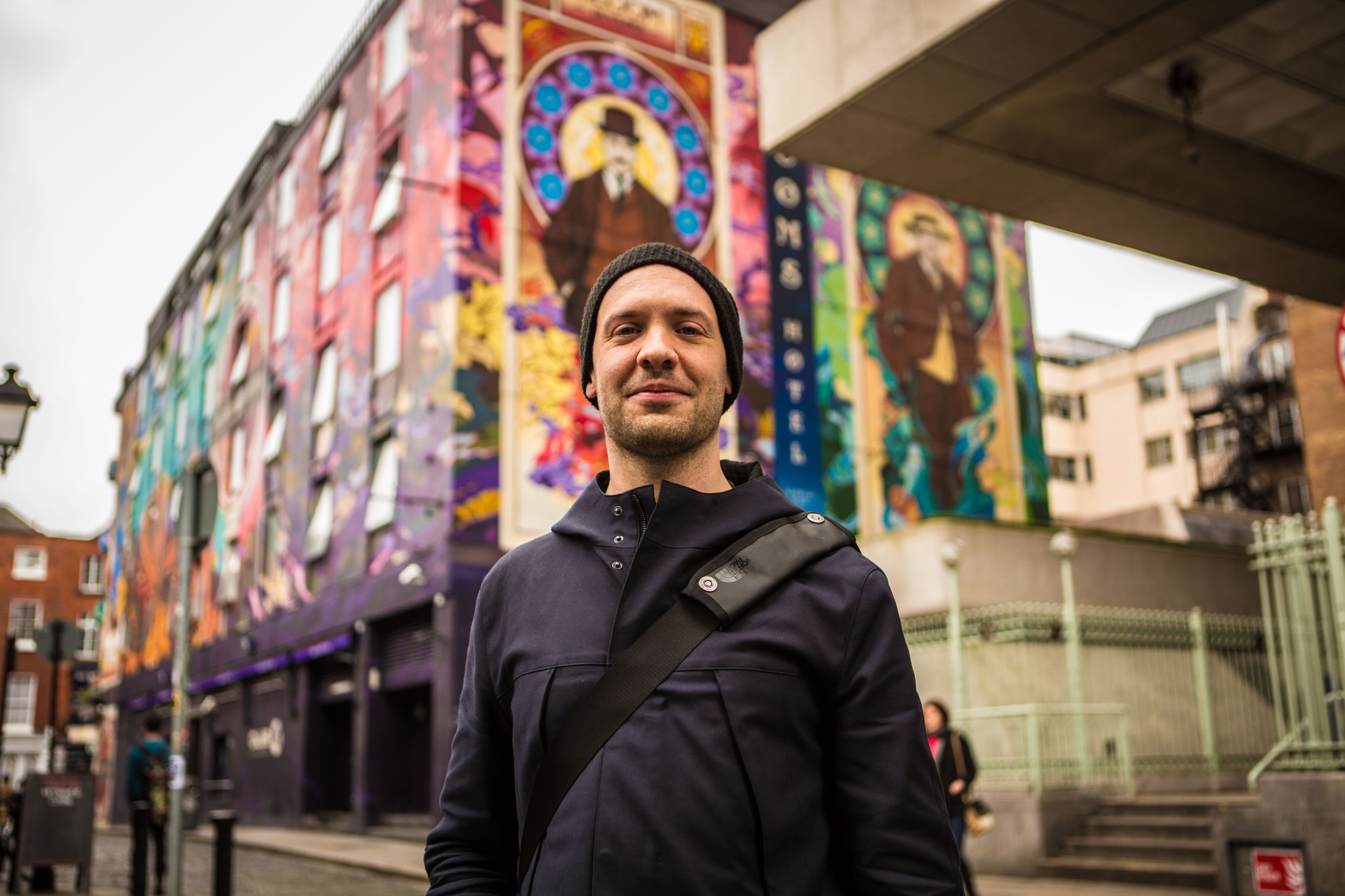 Launched late last year, Iverna.ie is an online gallery dedicated to contemporary Irish art, founded by artist and curator James Earley, probably best known for his striking street art around Dublin. Iverna aims to 'showcase the best of Irish contemporary art and promote it at a national and international level', and serves as a really interesting example of practice that sits in the grey area between art and design, with work from a number of designers in the 100 Archive found there. I caught up with James to find out more about the project: what it is, who's involved, and why Ireland needs a new kind of art gallery.

While it was December 2015 when Iverna – a name of latin origin, meaning 'from Ireland – launched at The Library Project in Temple Bar, it's an idea that's been in the back of James' mind for some time now. 'About 5 years ago I made an attempt at an online gallery with a friend, but unfortunately, it never went anywhere. We were both too busy and the timing wasn’t great.' James continued working on a variety of projects involving design, art and curation, and in 2014 he was asked to curate the art to be displayed in the Dean Hotel on Harcourt Street. 'I proposed that we should use this opportunity to showcase the wealth of artistic talent we have within Ireland. The project involved 40+ Irish artists from a wide variety of backgrounds. Some are well established such as Patrick Scott, Conor Harrington, but the majority are up and coming artists. As the Dean collection came together I felt it was time to make a go of this idea I had had a few years before and so, not too long after the The Dean opened its doors, Iverna came into existence.'

A visit to Iverna means browsing through an eclectic mix of work, with a strong emphasis on limited edition print and photography pieces. 'The artists I have selected for Iverna are from a variety of artistic disciplines – similar to The Dean project – graphic design, fine art painting, print, graffiti, typography, photography etc, all excelling within their own field.' It's also work that James feels you are unlikely to find elsewhere: 'The majority of these artists are not represented by a gallery due to the nature of the work they create. It simply doesn’t fit within any gallery in Dublin, which is something that's been a concern for me for a while now, for my own work as well as the work of others. So rather than sit back and hope for someone else to sort this issue out, I decided to try to find the solution myself.'

The first six months have given Iverna a solid start, and the coming months mean a number of new artists, new print releases, re-releases and more. 'There are other exciting projects coming up involving Iverna, but I can’t talk about them at the moment. Keep your eyes peeled for updates over the next few months!' I know I'll be keeping a close eye on things, James always has something interesting to show for himself and his collaborators, particularly at those edges between design and other disciplines. Iverna is a super example of this, and is sure to grow and grow.