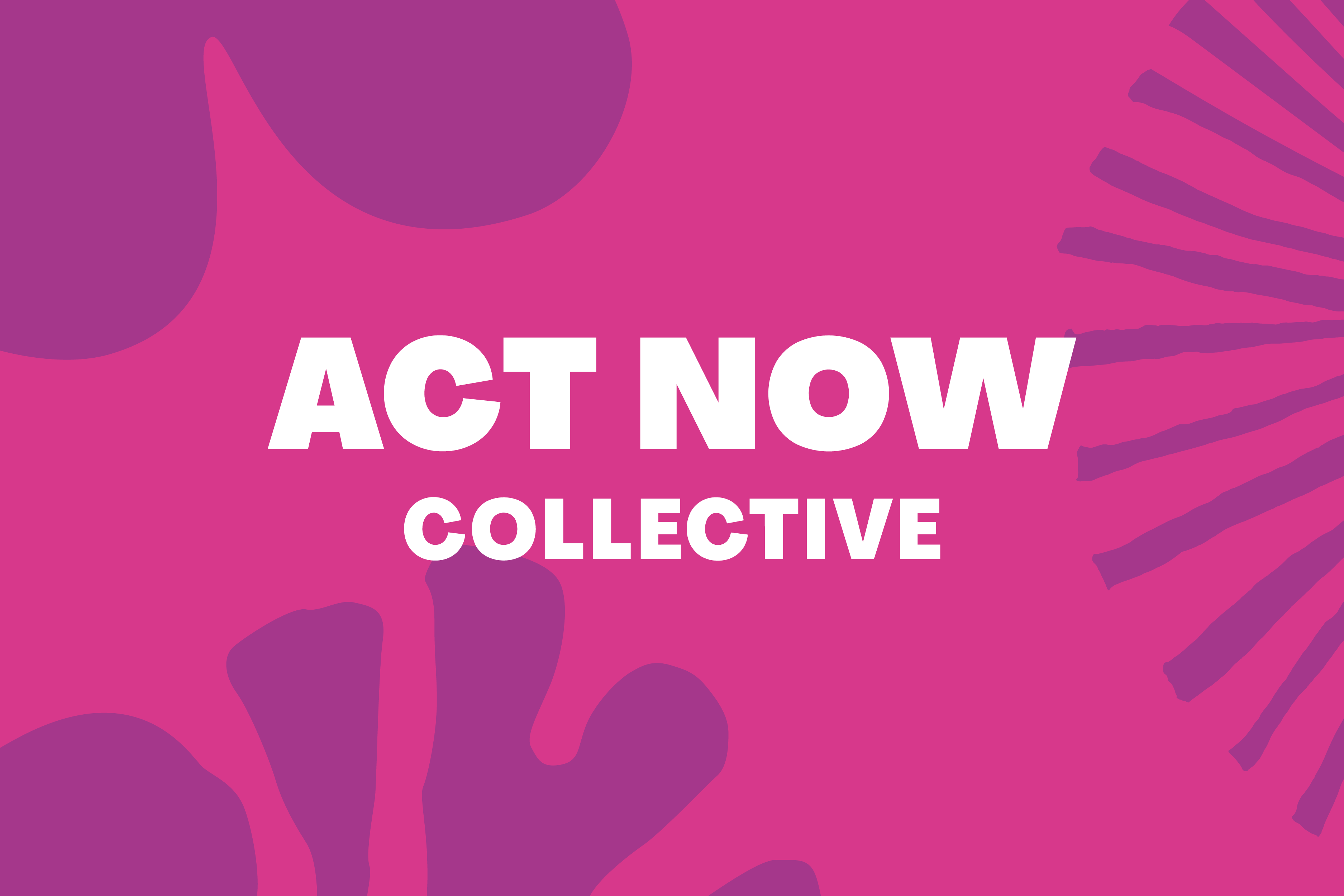 January can be a dour month at the best of times, the natural slump after Christmas indulgence, going back to work, the short dark days, it has it all really! But this year we had a pandemic to deal with too. With cases peaking at around 8000 a day and another lockdown ahead it wasn’t a great start to the year. Then I got a phone call and it provided a welcome hit of positivity. Robert Bourke is an award winning architect from Dublin and we got to know each other last year working on the visual identity for his city based practice. He called to tell me about his idea to start a climate action group and ask if I would come on board to design the visual identity. I agreed, and so we assembled a talented bunch of people and launched the website in May. I recently spoke to Robert about his idea, the collaborative design process that helped bring the Act Now Collective to life and what’s next for the group.

BB So can you tell me where the idea for the Collective came from?

RB Well, it was borne out of a frustration that there wasn’t any kind of Irish resource that could help people take climate action. Ireland signed up to the Paris Agreement and by doing so agreed to reduce our emissions by 50% by 2030. This is to prevent a global temperature rise of no more than 1.5 degrees Celsius, anything more than 2 degrees will have catastrophic consequences. There is an urgent need for public awareness on specific ways to tackle climate change. The greater the awareness, the better the chance that effective action will be taken.

Some people are aware that certain lifestyle changes are needed, many others of course, do not. There was no single, comprehensive, well-designed, Irish-specific resource that would inform people how to make these changes. After waiting around a year, hoping that the government or someone else would create such a website, I decided I would try and gather a group of people together and do it ourselves.

BB The website really is a hub of information and practical advice. When we started to gather our thoughts on this, we were determined that it would be a source of shared knowledge and collaboration—a community of shared ideas.

RB Yes, we’re a group of people who have come together from very different backgrounds with a wide variety of skills and expertise but none of us are experts in science or climate change. So, we’ve been careful to seek out people who have knowledge and experience in the categories that are the basis for the website. For instance, I’m an architect so I was able to contribute to several sections, Where I Work/Learn and Where I Live. Aisling Sexton is a physiotherapist, she wrote the Mind and Body section, Ali Kelly the co-founder of the clothes swapping app, Nuw, wrote the ‘What I Wear’ section. The ‘What I Eat’ section was written by Ana Calvo, a vegan nutritionist.

We also decided early in the process that we wouldn’t become content creators once the site was built. Instead, we would point people to useful resources, websites and organisations and leverage friends, clients and contacts to contribute through guest writing blogs. So, yes, it has been and continues to be a hugely collaborative project.

BB When you approached me to come on board you had a pretty good idea of the structure of the website.

RB I did. My initial idea was that the site would be very simple, but beautifully designed. It would be a guide for people to take positive climate action and be built around nine categories that represent key aspects of day to day life:

Mind and Body, Where I Work/Learn, What I Wear, Where I Live, How I Travel, Who I Care For, What I Buy, What I Eat and How I Vote

Each category would be represented by a button and arranged in a simple grid on the home page. Each button would take you to the category page where there would be practical advice and guidance, written by experts, on how to make changes in that particular aspect of life—all to mitigate the effects of climate change and hopefully help reduce our carbon emissions.

BB We stayed pretty true to that original idea. I loved the simplicity of it and was hooked straight away. Making this easy to navigate was paramount, we wanted to make it as simple as possible for people to find information they might need to start making changes. You had even thought of using accordions to subdivide the category pages which makes the structure even more concise and easy to navigate.

What we weren’t that clear about was how we were going to represent ourselves visually. And that was borne out of the uncertainty in how we thought the group might develop. Early in the process we thought about petitioning the government to start an awareness campaign, that might accompany the website. I saw this approach as our own form of protest and that informed early iterations of the visual identity—all built around the rough aesthetic of hand printed lettering used in protest posters—big, bold and bright! We both thought it was a great idea at the time but then you wisely had the idea of doing a webinar.

RB Yes, I had conducted some online surveys on climate action and built up a mailing list of about 70 people. So we invited them along, plus some family and friends. We wanted to share our plans, show them an early version of the website and identity and see if people had any interest in what we were trying to do.

BB It actually turned into a kind of focus group because we got some really interesting feedback. After you introduced the concept of Act Now, I did a presentation on the protest poster idea for the identity and a quick introduction on how the website would work. We then had breakout rooms, did some brainstorming and lots of great ideas were shared. However, the three main outcomes were:

iii) To make the group feel more open and collaborative we should add the word ‘Collective’ to the name Act Now.

RB And to reinforce the collaborative spirit we are trying to foster we took everything on board!

BB We did and it really forced us into a rethink around how were going to represent ourselves. I went back to the source materials and began to read the content for each category again. Aisling Sexton wrote the content for the Mind and Body category and it really resonated with me. She highlighted how connecting with nature can improve general well-being, that mentally, time spent in nature can be grounding and calming. Aisling wrote how a healthy environment has always been important for human health and a love of nature can help remind us why we need to act and protect our beautiful planet.

These passages became our inspiration and so ‘Connecting with Nature’ became the concept behind the Act Now identity. We discussed a number of methods and techniques but decided an illustrative approach was the obvious choice and that’s when we got Chris involved.

RB For anyone who doesn’t know Chris Haughton he’s a wonderful Irish illustrator and author, renowned for his children’s books. I knew he had done some work for Extinction Rebellion and that he was interested in climate action, so I was hopeful he would come on board. When I emailed and explained the Act Now idea he immediately agreed to get involved.

BB We were incredibly lucky to have him help us out—he’s a man in demand! When I put together his intro for our launch, I discovered that he has sold around 3.5 million books, which is incredible.

RB I know, it’s an amazing achievement! And he’s such a nice guy, so generous with his time.

BB Chris provided illustrations for each of the nine categories and also the website hero image, which is a typical Chris Haughton scene. A vibrant wooded glen, opening up into a wide meadow, with rock formations, a pond and all sorts of exotically coloured flora. It’s not a specifically Irish scene, it could be anywhere in the world and that’s what we loved about it.

We created a colour palette based on that main illustration and applied it to the nine categories. Each one has its own illustration and colour and this treatment is applied to the buttons and web pages, so each one has a distinct look. We brought in designer, Colin Carthy, to help us develop the brand and put together a social media strategy. He’s applied Chris’ illustrations beautifully to our Instagram posts in particular.

Chris’ style is lovely, so distinctive and his use of colour is wonderful. We’ve really used that to our advantage, and because of that I think the collaboration has elevated the Act Now identity above most climate action organisations out there.

RB I think you’re right, Brian—it’s actually surpassed what I had in mind. And the feedback we’ve had since the launch has been so positive. How useful the information is, how it’s categorised and how easy the site is to navigate.

BB And it’s been a worthwhile endeavour. When you’re in the middle of a project like that it’s easy to get lost in the fine details and its only when you finish you get a chance to reflect—I’m very proud of what we’ve accomplished.

RB And it's so badly needed right now. You just have to look at the extreme weather events that are taking place around the world right now, wildfires in North America and Southern Europe, the floods in Germany and China and a catastrophic drought in Madagascar. They’ve all been linked to the warming of the planet. If we want to mitigate the effects of climate change we all need to take action—it’s our moral responsibility.

BB Absolutely, and that’s why this is an ongoing project, it doesn’t just stop with the site going live, we have plans.

RB We do! One of our goals is to add an international dimension to the Collective, we see the website working as a template that could be tweaked and translated to be used in different countries—the building blocks are in place. We already have our first international collaboration in fact. At the moment a group of Spanish friends are translating a version of the website to be used in Spain. So if any other like-minded groups in other countries would like to take that project on they are very welcome to contact us about it.

We are also working on a potential podcast with Darragh Wynne from The Covid Alarm Clock and there’s a possible opportunity  to work with video production company Areaman. We are also compiling a list of useful resources and that will be the next addition to the website. In general, we are continually looking to collaborate with likeminded people and organisations in any capacity—to write a blog, exchange information/expertise or just to offer advice. So if you would like to work with us, we would love to hear from you.