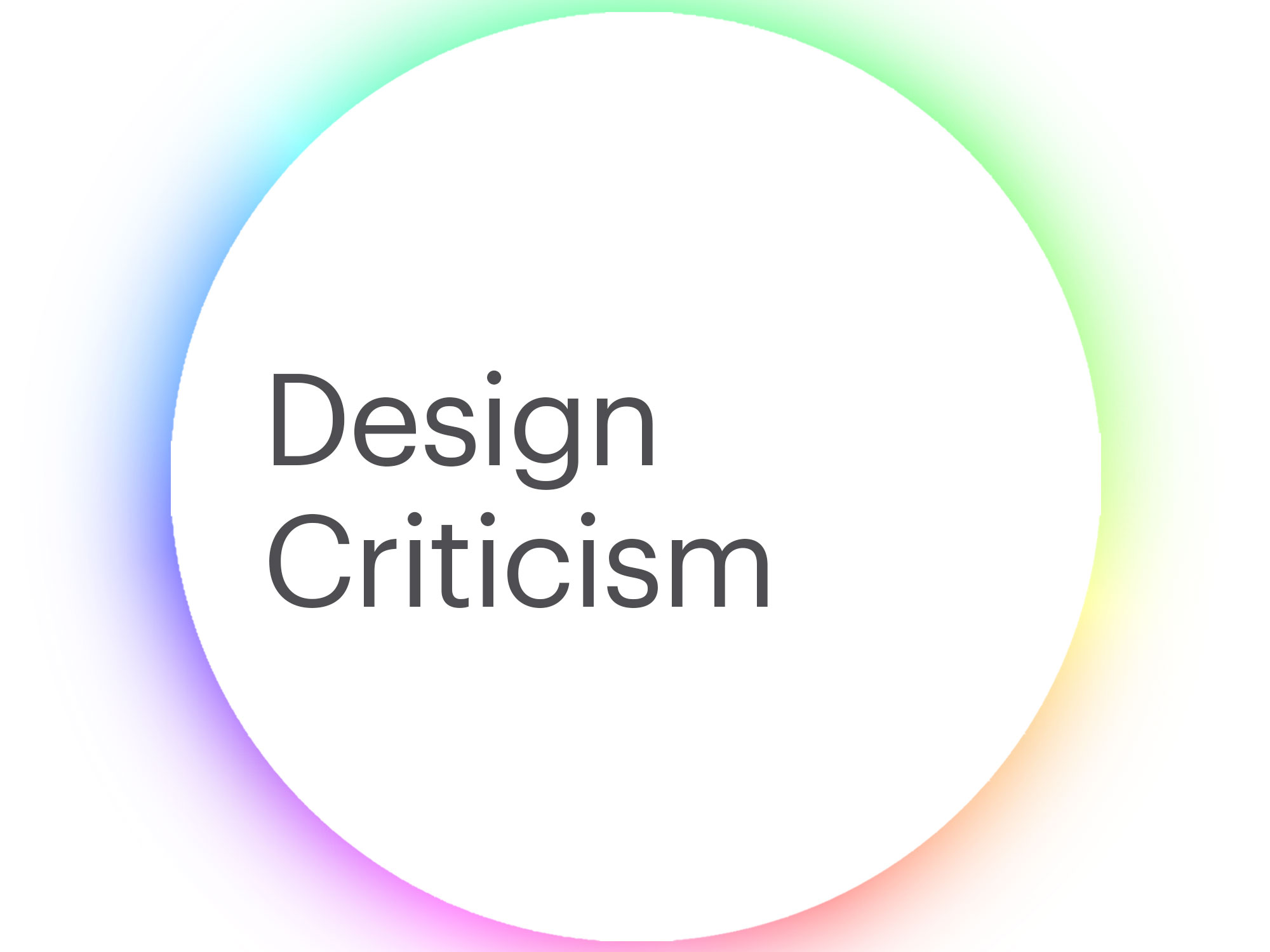 This time round we've been gathering some viewpoints about the dreaded world of design criticism. First up, Jarrett Fuller called for a wide range of voices to contribute to a deeper conversation on design. Next, Anna Kealey suggested that not only does the practice of design criticism provide tools of use to any design practitioner, but that critical engagement with design can have a positive effect on your navigation of ethical issues in design practice. Last up is Dublin-based Simon Sweeney with his thoughts. Simon is a designer and developer who is one half of BONG and one half of It’s Okay. His clients include the V&A, Bloomberg Businessweek and a smattering of graphic design studios. He says he doesn't know nearly enough – about anything – to answer this question in the cogent and thoughtful manner it deserves. We disagree...

I suppose a problem our profession still faces, although with the recent slew of design disruptors and UX/UI gurus maybe less and less, is that many believe we have to consistently prove we deserve to be paid a decent fee for the expertise that we provide. In this age of design as spectator sport a context is created, one where people feel that they, or their toddler, could do a better job for a fraction of the price on a Sunday afternoon. And sometimes I have a tough time producing a rebuttal to this notion. Sure we’ve been taught lessons about typography and composition and negative space, but does the average situation require such skills to produce an effective outcome? This doubt is something I struggle with on a regular basis.

Analysis and further insight into the functions of the brain might eventually get us to the point where we can prove with scientific fact that there is value in our work. Bruno Maag spoke effusively at the most recent Offset about science as the solution to the problem. More than that it may ultimately prove that yes, we were right all along, the proles can pipe down, our knowledge is sacrosanct. I can’t help wondering that with this route we may get to the point of visual optimisation that all 'good' graphic design will become iterations on one ideal. Using cold analytical truth and lowest common denominators to guide the decisions we make might eradicate anything odd or joyful or challenging that we might create.

In my mind, the real solution to these problems; our struggles with legitimacy and my consequential existential crises, could be good old criticism.

Good criticism begins to cement our work in clear and obvious processes, helps to remove the mist of the 'creative' and reveals the work of an actual designer. Criticism in other fields, particularly in architecture, has served as the backbone of a building theory and discussion that becomes hard to argue with. When a client knows intrinsically that a particular train of thought has been discussed backwards and forwards for decades, it is much more difficult to debate the value of that thought and the profession that has created it.

The late Massimo Vignelli said this in Graphis in 1983: 'The main function of criticism is not that of providing flattering or denigrating reviews but that of providing creative interpretations of the work, period or theory being analyzed. Out of those creative interpretations a new light is cast on the objects, and new nuances and reflections are brought to our notice.' Adding perspective and context to the work we make, via incisive and intelligent criticism, not only solidifies our role in the eyes of our clients but also lays a foundation that allows us to build. Probing the values and theories of the work verifies our capability to express something about the times in which we live. Consistent probing over time reinforces the idea that the expression is not only valid but valuable. Our profession moves forward as a result.

So how do we get the most from design criticism? I find it difficult not to devolve into the standard platitudes, the imperatives: encourage it, participate in it, absorb and archive it. Build systems like the 100 Archive to provide platforms for discussion and collation. I think a great number of us are afraid to say anything substantial about an issue we might feel strongly about for fear that the Irish design community might shun us, that an institution or studio might not work with us. I know I have certainly felt this way at times. We should be nurturing an environment that rewards intelligent criticism while also maintaining the positivity and fraternity we seem to have an abundance of.