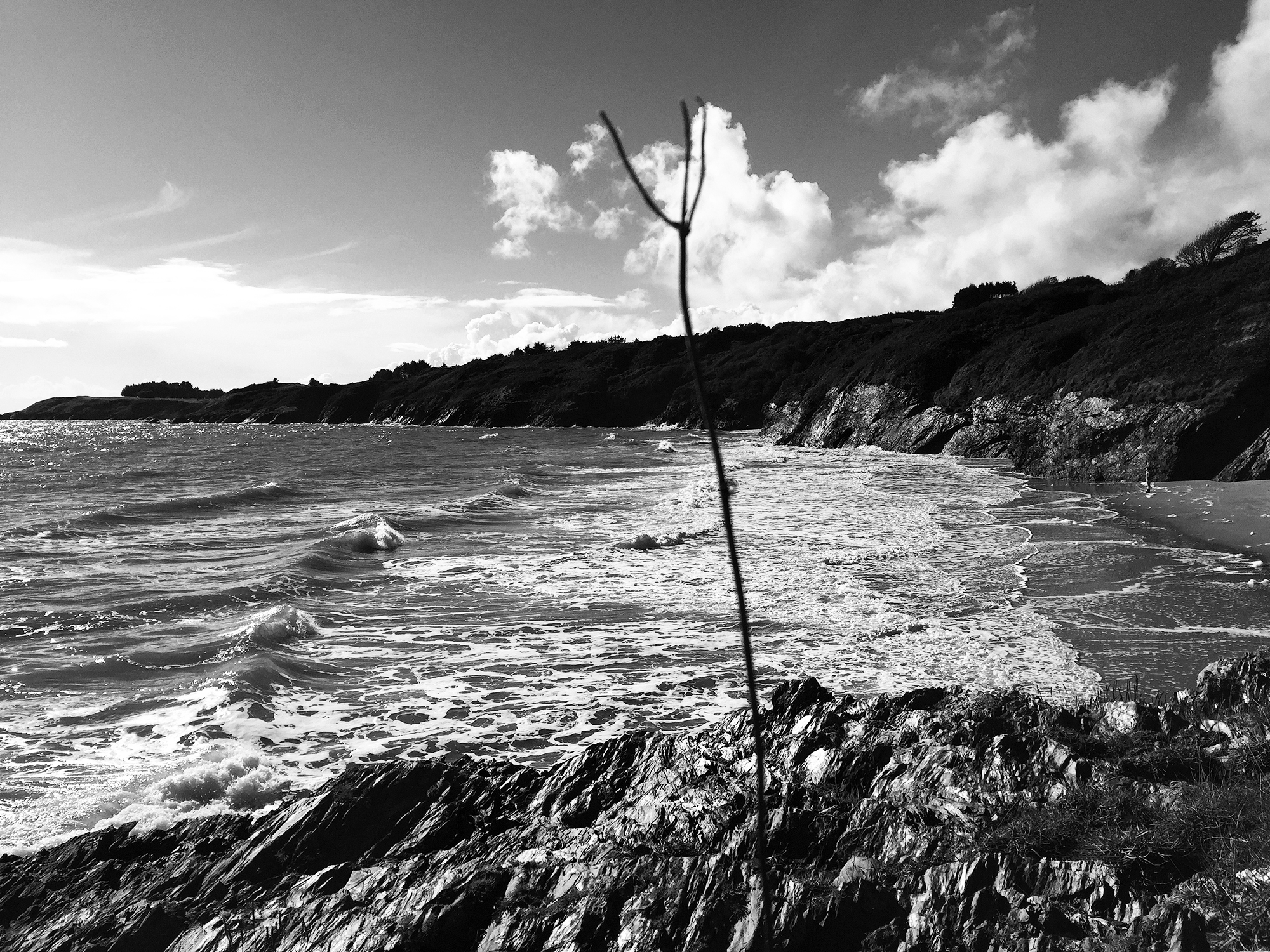 I’ve been working from my front room since the lockdown. I feel very fortunate to be able to work from home—many others don’t have that privilege—many don’t have work; many others don’t have a home. It was odd at first but I have assimilated and developed a routine of getting up early, going for a walk and setting out a plan for the day. It’s been challenging at times—everything takes longer—especially directing and presenting creative work. It’s all about preparing what you want to say, delivering it and then reflecting on what you’ve said. Conversations that would take 30 seconds in a studio environment take much longer. There have also been positives to this new way of working and I think there will be silver linings to consider. Work—life will never be the same again!

Where will we be in 10 years time? What will work look like? Imagine a world in which most people worked less and were paid as much as, or even more than, they now are, because the fruits of their labour would be distributed more evenly across society. Leisure would occupy far more of their waking hours than work. It was this prospect that John Maynard Keynes conjured up in an essay published in 1930 called Economic Possibilities for Our Grandchildren. Keynes wrote, ‘For the first time since his creation man will be faced with his real, his permanent problem—how to use his freedom from pressing economic cares, how to occupy the leisure, which science and compound interest will have won for him, to live wisely and agreeably and well.’ He thought this might happen in around 100 years, by 2030, ten years from now.

How did we get to where we are right now, and why do we take the 5 day week/2 day weekend for granted? The present-day concept first arose in the industrial north of Britain in the early 19th century and was originally a voluntary arrangement between factory owners and workers allowing Saturday afternoon off from 2pm on the basis that staff would be available for work sober and refreshed on Monday morning. This arrangement developed over time in the UK and the US and Ireland followed suit. In 1929, the Amalgamated Clothing Workers of America Union was the first union to demand and receive a five-day work week. The year before John Maynard Keynes visionary concept of work/life balance.

Our unemployment rate has risen dramatically because of this pandemic with 1 million people on some sort of social welfare payment. How do we manage in this new reality? Will things go back to normal when all of this settles down, or is it now an opportunity to reinvent our own futures? Karl Marx spoke of the worker losing the ability to determine life and destiny because they were deprived of the opportunity to think for themselves and weren’t directors of their own actions. Forced into activities that are dictated by the captains of industry—who owned the means of production—in order to extract the maximum amount of value from the worker in the pursuit of capitalism. In his book Liquid Life, Zygmunt Bauman also shines a light on some of the challenges we are facing. Published around this time 15 years ago he talks of the anxieties and concerns we are feeling right now. ‘Liquid life is the kind of life commonly lived in our contemporary, liquid-modern society. Liquid life cannot stay on course, as liquid-modern society cannot keep its shape for long. Liquid life is a precarious life, lived under conditions of constant uncertainty.’

We are faced with the possibility of going back to work in the coming weeks and months and to continue on as if nothing has happened. Could it be that another solution might be a simple, social innovation, an option we’ve had all along? If working less and better can reduce pressure on public services, create a healthier society and cut greenhouse gas emissions, is it time for a more flexible working arrangements for all? It’s clear to me that life is fragile and our existence is precarious. We concern ourselves with the nonsense and hurly burly and noise, the constant chatter of the world’s engine. I feel thankful for the opportunity to pause, to take a breath and reassess. One thing a crisis does is reinforce within us all what’s important. It would be a pity to miss the opportunity.

Providing other viewpoints on the topic are Niall Shanahan and Noelle Cooper. Communications Officer at Fórsa, Niall will discuss the four day work week from a trade union perspective, including the perceived benefits for workers, work/life balance, gender equality, climate change and job satisfaction. Co-founder and Co-director of Unthink, Noelle will ask if this change would suit design practice. Is a studio a requirement in the current reality and what are the implications of a shorter working week for a small studio?