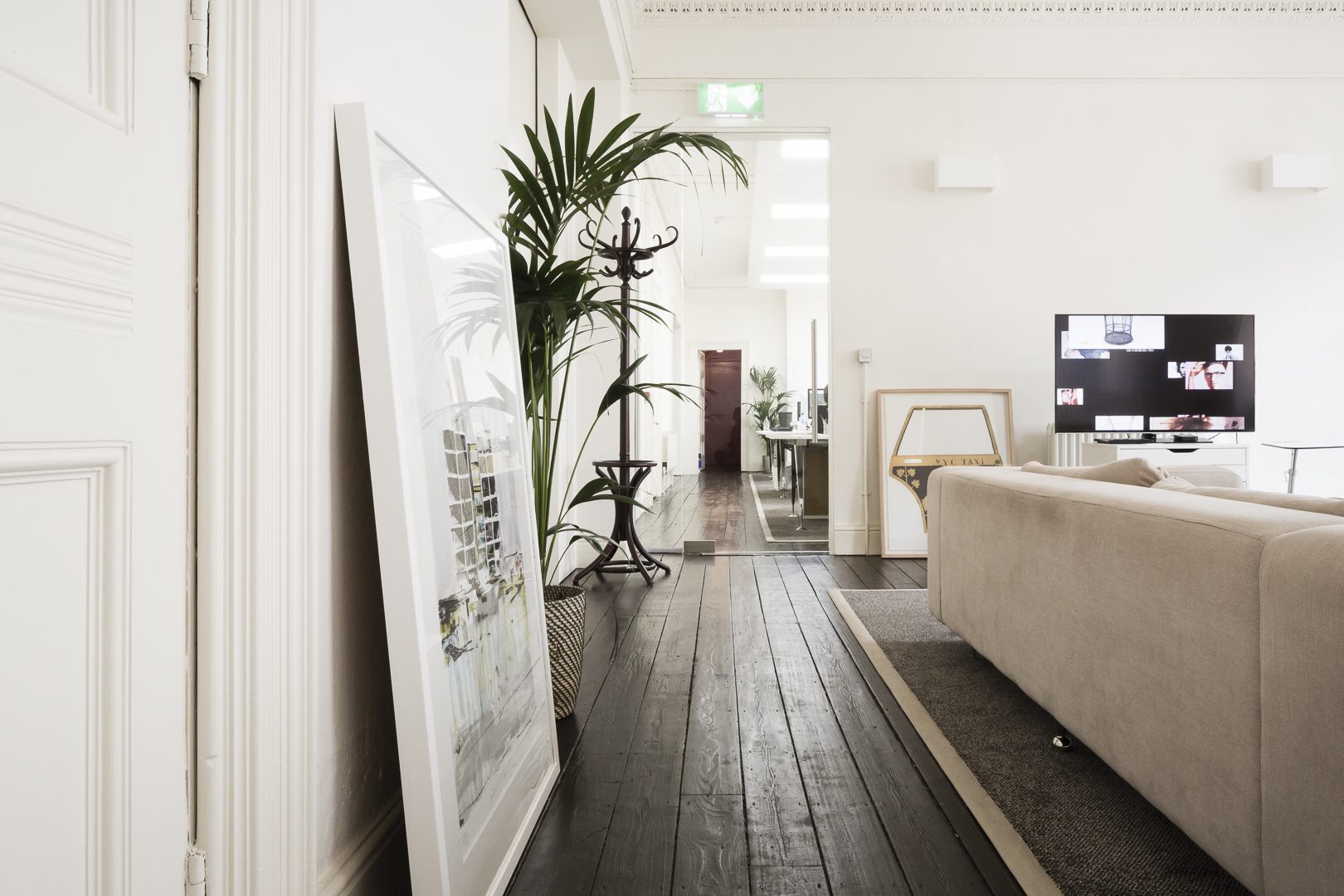 Here's a picture of an empty Zero-G. They've all left the studio to go do fun things this November. Here are some of those things:

Stock up on new books and reading for the winter months or take part in the tours, discussion and book-binding workshop.

Concerned with the process of time, Tillmans first solo exhibition in Ireland functions as an open question for the audience to interpret. The work reflects both the nature of the physical space and Tillmans’ immediate concerns at the time of the exhibition.

Grayson Perry at NCH: Them and Us

Irish premier of the documentary about influential German industrial designer Dieter Rams, directed by Gary Hustwit (Helvetica, Urbanized, Objectified), followed by a Q&A and panel discussion with the director.

A one day conference to ‘for anyone interested in leading a design team or running a successful creative studio.’

Print, Protest, and The Polls

Celebrating the Irish women’s suffrage campaign and the power of print media from 1908 to 1918.

Take Back the City

This unmissable gig will celebrate the 20th anniversary of the seminal and influential breakthrough album; ‘The Miseducation of Ms Lauryn Hill’

Making its way into November by the skin of its teeth, Other Voices Music Festival returns to the shores of Dingle, Co. Kerry. Those lucky enough to win tickets a St. Michael’s Church gig can soak up the wondrous acoustics and ambiance of an iconic venue. Those who don’t can soak up the live stream and a slew of other gigs in the town’s many pubs.

Better Than Socks is the fundraiser to beat them all. The money raised on the night will go towards the excellent Syria's Vibes campaign, supporting humanitarian projects in Syria, Iraq and Yemen.

The Long Reads podcast is the ear version of what you’re used to seeing written down.

The Charles Manson series on You Must Remember This podcast

Do you like true crime? Do you like famous people? How about things that happened in the past? Three yeses? Then the Charles Manson series of You Must Remember This is for you.

The award-winning WIRED UK Podcast with James Temperton and the rest of the team.

A podcast where musicians take apart their songs, and piece by piece, tell the story of how they were made.

Richard Herring is back with Series 14 of this long-running podcast. They won’t let him on the telly. Highlights over the years - interviews with Brian Blessed, Stephen Fry, David Mitchell, Kathy Burke and Dawn French.

The Reith Lectures is a series of annual radio lectures given by leading figures of the day, on topics of culture, politics and society.

The Abbey: A Riot of Their Own

RTE documentary following the two directors Graham McLaren and Neil Murray through their first year at the helm of the National Theatre.

The Lonely Battle Of Thomas Reid

Documentary film maker Feral Ward follows farmer Thomas Reid as he battles the State to hold onto his land.

Requiem for the American Dream

A film with Noam Chomsky explaining to us why things are the way they are, urgent yet optimistic. You can’t fix something until you understand it.

If Requiem.. gets your juices flowing then follow up with Best of Enemies, a documentary on the series of televised debates in 1968 between Gore Vidal and William F. Buckley.

Because Halloween is just over and there is always time to get spooky.

“We order our lives with barely held stories,” Nathaniel says at the end of the book. In Warlight, these “barely held stories” knit into a work of fiction as rich, as beautiful, as melancholy as life itself, written in the visionary language of memory.

The Descent of Man, Grayson Perry

An insightful look at what it means to be a man in the 21st Century and what it could become.

FODDER hosts Supper Clubs which are once off evenings of relaxed and social dining where the atmosphere focuses on spending time with the people you know and love but also an opportunity to meet new future friends. The “secret menu” is carefully curated for each event and is revealed to diners on the night. The dishes aim to avoid being fussy or convoluted, but are seriously dedicated to being a party in the mouth, as well as some solid feeding. The hope is that people can come along to the FODDER Supper Club, eat some delish food, and chat to someone new.

A good ol’ knees up for the industry. Kicking off the Dublin chapter in Tengu once the Macs have been shut down and the phones have stopped ringing. Watch it go viral #designpints