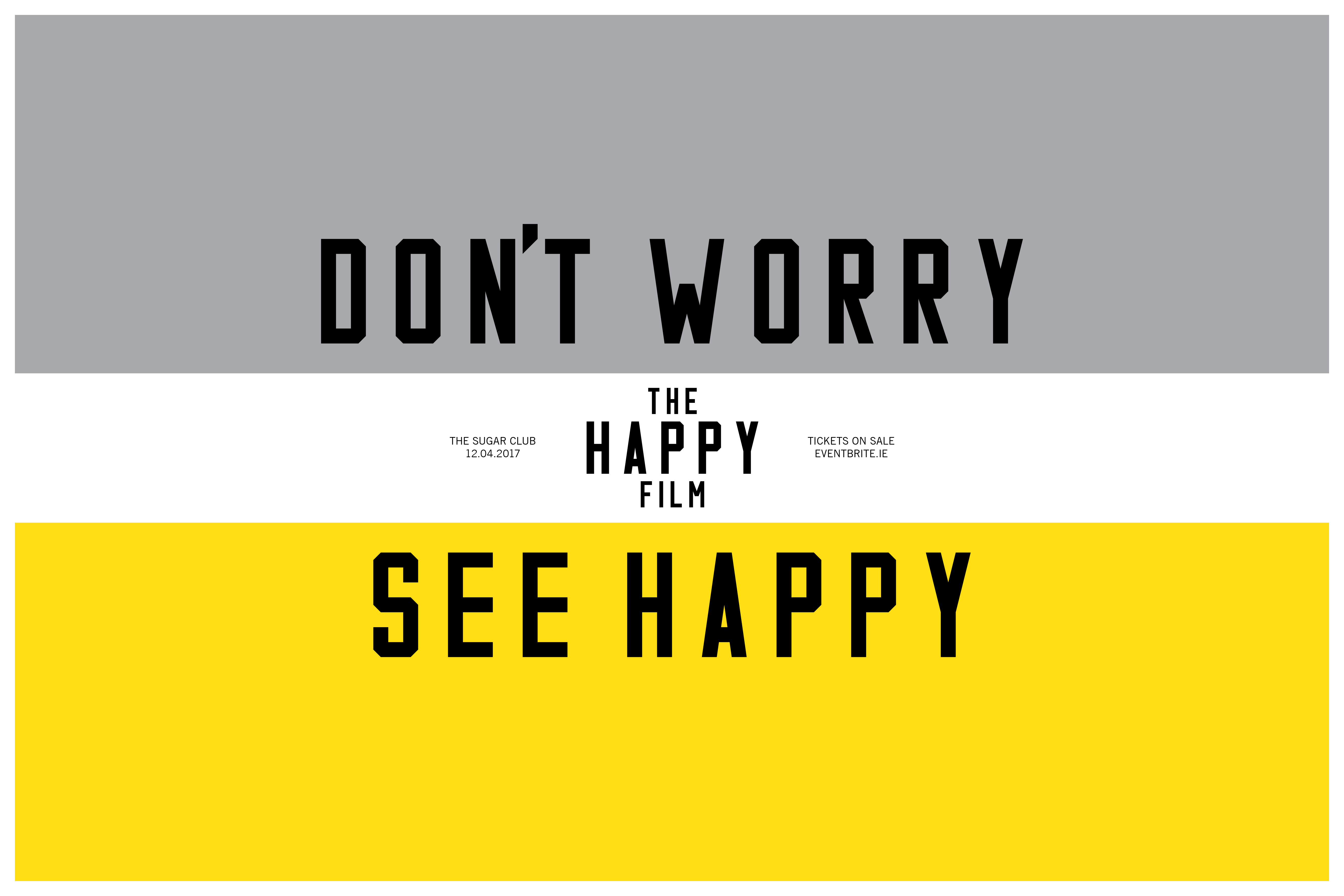 'Working on The Happy Film made me profoundly unhappy.' So says Stefan Sagmeister of the project that went from being an 18 month film experiment into an 84 month ordeal. The starting point for the film was the question of whether or not a person could train their mind to be happier, but as the experiments were designed and trials began, life got in the way and the experiments with drugs, meditation and therapy got skewed by art, sex, death and love.

The film is finally finished and gets its Irish premiere courtesy of our friends at Socialise. Join us on Wednesday 12 April at 6.30pm in The Sugar Club for a cocktail and a screening of The Happy Film, directed by Stefan Sagmeister, Ben Nabors and Hillman Curtis. Tickets are €12 and are available on Eventbrite.