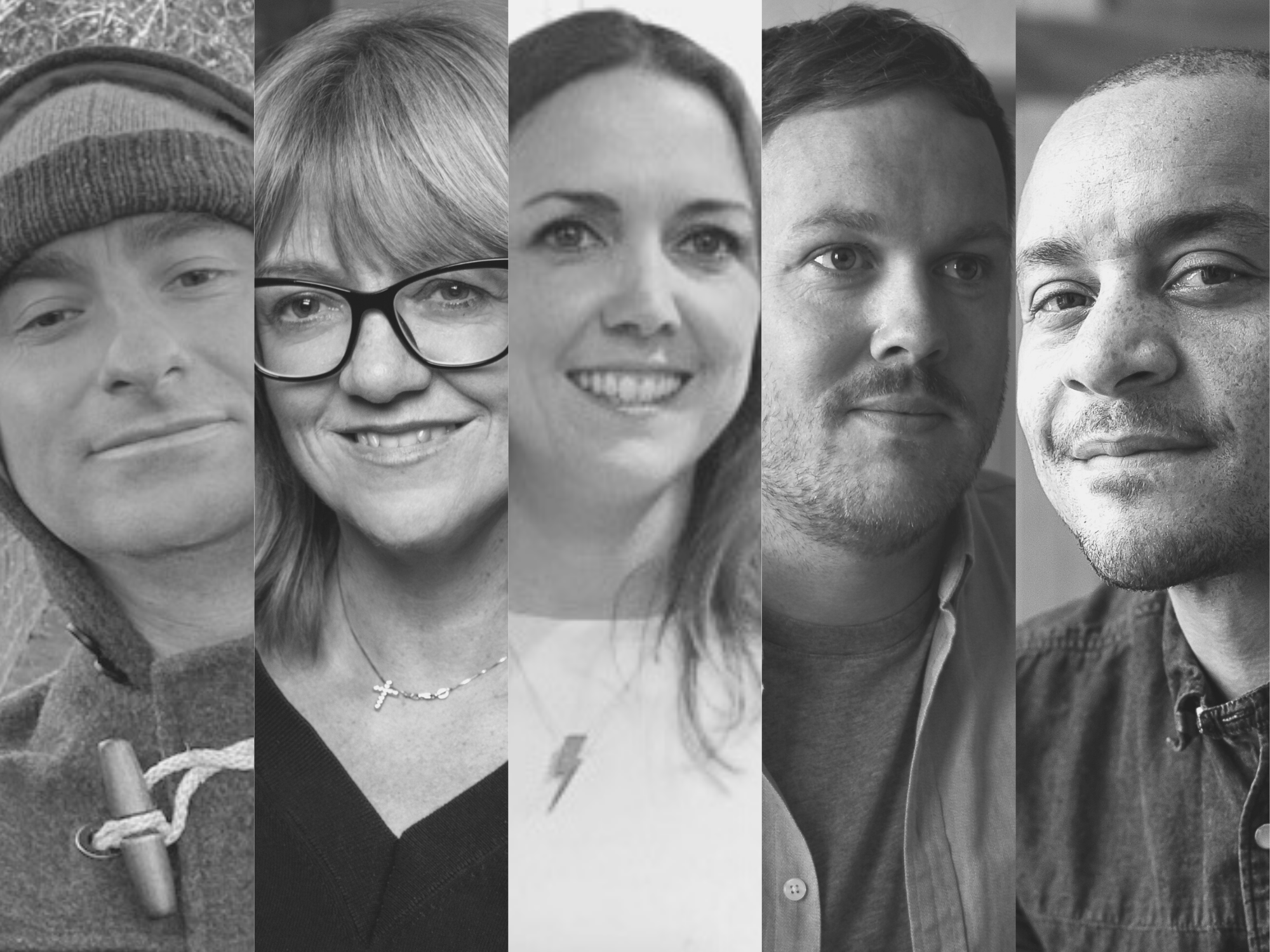 This year both of our selection panels undergo a refresh. Here we introduce our new Archive Panel 2021/23, but first off a massive thanks goes to Noelle Cooper, Damian Cranney, John Gavin, Lucia Orlandi, and Nathalie Weadick for selecting the past three Archive Selections. It's no mean feat to assess 300–400 projects and whittle them down to 100 each year, and we really appreciate having their input for the past three years.

Each year's Archive Selection is the result of a two stage assessment process. The first pass is taken by the Professional Panel and then once they have completed their task, along comes the Archive Panel to make the final selection. They each shortlist 100–150 projects, selecting work that can be described as good, well-executed, well-crafted, relevant, revelatory, innovative, interesting, a strong response to a brief, a reflection of life/culture/business/society today, or a combination of those. Here's who we think is up to the task:

Michael McDermott is the current editor of Totally Dublin, the cultural freesheet which celebrates its 200th edition this spring. It is a leading platform for design, photography, illustration and creativity. He has worked with brands such as Waterways Ireland, Griffith College and IPUT Real Estate on content partnerships. Prior to this, Michael co-founded online culture guide Le Cool Dublin leading to spin-off initiatives such as unique walking tours and agency work for brands including Peroni, Mazda, and Failte Ireland. He has worked in marketing, PR, and journalism over the years and is the only person who can boast about bringing the late mime artist Marcel Marceau to Ireland this century.

Mel is Founder and Creative Director with CI Studio, a design and brand agency based in Dublin. Mel founded CI Studio, previously Creative Inc, in 1996 and their work has been included in almost every 100 Archive Selection since 2010. She has written a book, Why Design, on behalf of Enterprise Ireland and has been on many awards selection panels, including representing Ireland as a judge for the European Design Awards (ACDE) in 2004. Mel also received the Gold Award at the European Design Awards for her creative direction on Dublin City Council’s LAB Book.

Danielle is the Director of Programmes at Dublin Design Institute (DDI) setting the strategic objectives and academic direction for the Institute. She is also a graphic designer who runs her own business serving a range of organisations with a focus on design for sustainable, NGO’s, social and inclusive projects. Danielle is also a Director of the Institute of Designers Ireland (IDI) and co-instigator of The New Now.

Killian is a graduate from DIT and the creative director of Grandson, a Dundalk based design studio established in 2013. With over 15 years experience in the creative field, his current studio practice brings together a blend of pragmatism and passion for design, using a clear and considered approach for a wide range of projects. With the aim to promote good design in the locality through charitable work, talks and events, along with guest lecturing, his work as a designer is reflected in the studios balance between commercial work with cultural practice, with an ethos of collaboration and creativity.

Jason Wilson-Max is an interdisciplinary creative with 22 years of experience specialising in designing the physical workplace for major organisations. He is currently designing the workplace experience for Meta in America's East Latin America and Asia Pacific. Jason believes strategic observation is the basis of all useful design.