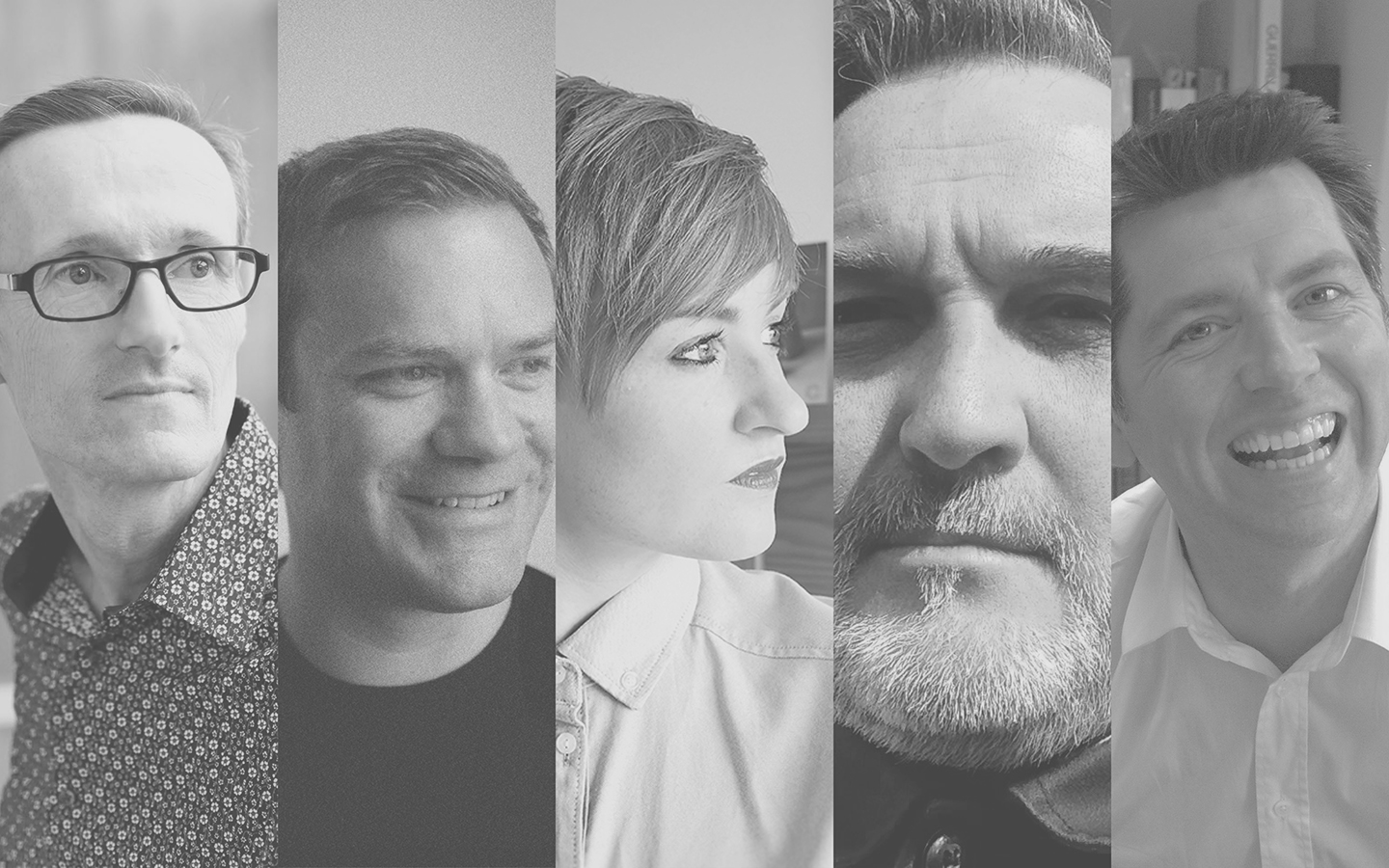 We’re delighted to welcome our new Professional Panel. Their task is to review all submissions, and determine the long-list that will live on the site and be in the running for inclusion in the annual Archive Selection. With the January 31st deadline looming, an influx of submissions is gathering steam. The panel represent a range of experiences and locations, and each panelist brings their own unique perspective to the task. We are grateful to them for generously sharing their expertise and time.

This is also an opportunity to recognise the contribution of the outgoing Professional Panel. A huge thank you to Alastair Keady, Johnny Kelly, Sue Murphy, Gillian Reidy and Eamon Spelman.

David Caron is the former Head of the Department of Visual Communication at NCAD where he lectured for over two decades. A graduate of NCAD, he undertook a Masters in Communications Design at Pratt Institute, NYC, and holds a PhD in the History of Art from TCD. He has contributed articles on design to various publications including the Irish entry in 'Who’s Who in Graphic Design'. David has a particular interest in letterpress printing and has produced limited edition prints using NCAD’s unique collection of 19th and 20th century wooden and metal type.

John Gavin is the owner and Creative Director of TrueOutput. A multi-faceted designer whose work encompasses strategy, design and technology. His projects span the design of brand identity, print, packaging, environments, websites, film and moving image. He brings his experience from working in both London and Ireland to national and international clients, from FTSE 100 companies, SME’s and individuals, winning multiple awards for his work. He has a commitment to creativity, making the complicated simple and finding the beauty in truth, and openly admits to an abnormal interest in typefaces.

Working as a Software Product Designer at IBM Design, Lara focuses on user experience and user interface design. Collaborating daily with a global team of designers and engineers, her goal is to deliver creative solutions for complex enterprise applications. Lara began her professional design career at Atelier David Smith and later worked as an in-house designer at Science Gallery Dublin, having graduated from the Design in Visual Communications course at IADT in 2013. In 2014 Lara’s graduate project éntomo was awarded the New Star Award at the Shenzhen Design Awards for Young Talents in China. A selection of her work to date has been exhibited at Milan Design Week 2015, Italy; Liminal – Irish design at the threshold, Ireland; SZDAY, China.

Richard is a full-time lecturer in Graphic Design at IADT, Dún Laoghaire. He has over 20 years experience of design consultancy with small, medium and large corporations on strategic branding and multi-disciplinary projects including Invest NI, Harland and Wolff, StenaLine, Genesis Breads and Deanes. He is founder and Creative Director of design consultancy Seed, an award winning Brand communications agency working across all media. Research interests relate to modernism in graphic design, semiotics and identity design. As a practitioner/educator has been interviewed and had his work featured in Grafik Magazine, International Graphic Design and Art Direction magazine.

Simon has developed a unique background in leading some of Ireland’s largest rebrands, consulting on branding projects for organisations and businesses and helping to establish the creative reputation of a number of leading design agencies. Simon has recently led the development of several high-profile branding projects for clients such as Bewley’s, Dublin Airport, RTE Digital, Ulster Bank, Kanchi, Children’s Rights Alliance, Trinity Biotech Plc, St Patricks Cathedral and Dublinia. Previous roles included: Group Creative Director of Huguenot and an almost eight year tenure as Creative Director for The Brand Union in Dublin. In 2008, Simon established StudioRichards, which, in 2012, became RichardsDee with the joining of business partner, Celine Dee. Simon is passionate about branding and the design industry, he has served on ICAD and IDI committees and delivered a number of talks at colleges.