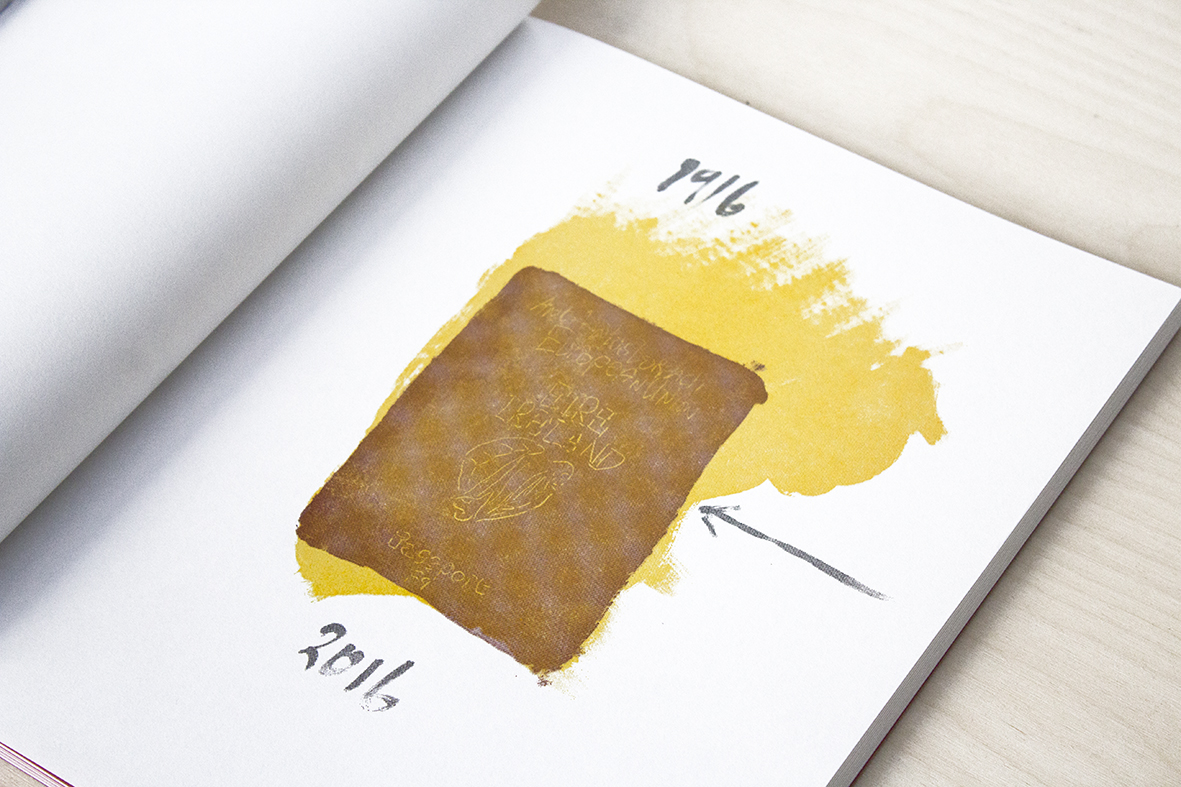 In January 2020, plans to commemorate the Royal Irish Constabulary, an armed police force that existed until 1922 under the authority of the British administration in Ireland met with so far unparalleled levels of public debate around the Decade of Centenaries. The RIC was a force predominantly made up of Irishmen, with Catholics largely making up the lower ranks and Protestants the officers, reflecting the broader social landscape. The proposed memorialisation of the RIC might not have clashed so much with public opinion, had it not been for the existence of the notoriously brutal group of reinforcements, known as the Black and Tans, the recruitment of which had begun 100 years previously, in January 1920. The plans, soon abandoned, proved greatly out of touch with the zeitgeist and the Wolfe Tone’s rebel song ‘Come Out Ye Black and Tans’, originally penned by Dominic Behan (brother of Brendan), even climbing the Irish, UK and Australian charts.

What the public debate best displayed was the resurgence of interest in the history of 100 years ago through the Decade of Centenaries and how emotive some of that history still is. It exemplified how connected commemoration is to identity, belonging and public consciousness.

Historian Brian Hanley questioned in a recent Second Captains podcast ‘Can history be good at reconciliation?’. Within the 100 Archive, centenaries are directly commemorated or conceptually referenced - suffrage, worker’s rights, 1916, WW1 and the first meeting of Dáil Éireann all make an appearance. Designers offer clients the chance to interrogate the purpose of their endeavours so, how have they addressed and reconciled the complex histories of these issues, many of which formed the building blocks of contemporary Ireland?

The Dublin Tenement Experience, at No. 14 Henrietta Street, offers visitors the chance to learn about the 1913 lockout and those who struggled at the time, providing a picture of life in Dublin in the years preceding the 1916 Rising. Inspired by the rawness of the former tenement and the photographic references of Dublin’s slums, designers Red Dog strove to create an identity that was a respectful acknowledgement to the memories of the tenement dwellers. For the same client, BigO created a digital projection illustrating key historical events that took place between 1911 and 1916. John Cooke, whose photographs formed the backbone of the piece, said in the 1914 Report into the Housing Condition, "I condemn the whole of the tenement system now existing. It breeds misery; and worse. It causes a great waste of human life and human force; men, women and children can never rise to the best that is in them under such conditions”. Over a century later the ‘Housing Condition’ has reached crisis point again.

World War 1, or the Great War 1914-1918, emerges within the archive as an example perhaps of how history can be good at reconciliation, with the lived experience of those involved taking centre stage. RTÉ developed a visual identity, website, social media campaign, outdoor advertising and a one-day event in Trinity College Dublin on the theme WW1 100 Years that drew strongly on first-hand accounts, presenting a fascinating glimpse, not just into the war itself but the lives surrounding it. ‘Why did I join? Well, I’ll tell you. I had nothing here. There was nothing in it, no work or no money or nothing’, (Denis Kelly, WW1 soldier). It addressed how news of the Rising was received by Irish soldiers and life in the trenches too, as did WINTER, a book based on material written by Irish poets during WW1, submitted by the Salvage Press with illustrations by David Rooney. The aftermath of war is dealt by very directly by theatre piece SHOCKS, submitted by One Strong Arm whilst the complexities surrounding the returned Irish soldiers and their personal legacies were commemorated in Land’s ‘Portraits of the Invisible’.

It’s the events surrounding, and the legacy of, the 1916 Easter Rising that is reflected most robustly within the 100 Archive, with a significant contribution from State, civic, cultural and commercial sectors. RTÉ described the 1916 Centenary as ‘the most important event RTÉ was involved in in a generation’ and again worked on a multi-platform identity that would engage with a diverse audience, as well as RTÉ Road to the Rising, a live event attended by nearly 100,000 people, hosted and broadcast on Easter Monday 2015, for which they commissioned design in-house and externally. The event was planned as ‘an exploration of the society, ideas and culture of Ireland before the revolutionary events of the Easter Rising of 1916’ and was arguably the largest public cultural event held to commemorate Easter 1916. It was far from the only one, however, and discussing its Creative Ireland visual identity, Zero G state that, ‘The role of public engagement and expression during the centenary of 1916 demonstrated the societal value of culture and creativity, and led to the initiation of Clár Éire Ildánach / The Creative Ireland Programme.’

This public engagement and expression are evident in many other projects too. Portrait of a Century, tells the story of Ireland from 1916 to 2015 through the faces of its people, presenting one hundred images of people threaded together through a ‘shared language, culture and nationhood’. Distinctive Repetition’s Waves, meanwhile, marks a series of compelling workshops for second-level students in response to the rich context of the 1916 centenary during which it says ideas of ‘zeitgeist, civic agency, collaboration, collectivity, public art, memorialisation and cultural representation’ were explored. These are ideas we see emulated within the work here and within the design and broader public discourse on the Decade of Centenaries.

Whilst many of the submissions within the 100 Archive over the years understandably discuss image, type, colour, form and media, it seems that particular attention is paid to describing these elements within the context of designing for the 1916 centenary, as contemporary designers grappled with representing a historical national identity and sense of belonging. Centenary was published by the Government of Ireland to document the state and grassroots activity that took place over the course of 2016 and the 1916 centenary. Its page marker ribbons were green, white, and orange in reference to the state flag, a motif that was central to many of the year's ceremonies. The Road to the Rising colours and gradients, meanwhile, was ‘based on Irish sunrises, a simple and effective way of evoking the idea of the "dawn of a new nation", while also steering clear of any political associations’. It was more political in its use of type, with its logotype based on letterforms found in the 1916 Proclamation of Ireland, a most political of documents. After Easter from The Salvage Press is truest in form to the methods of the time, designed, typeset by hand, letterpress printed and sewn, it used 18 point Monotype Caslon Old Face, released in 1916. The National Print Museum highlighted the central role type, printing, printers and printed media played in the Rising through its Seditious Types exhibition, designed by Wonder Works (then Catalysto). The exhibition explored the complex relationship between print and politics in 1916 Ireland, a time when ‘the printed word was the dominant means of communication’.

The media of the time was explored further in Boys and Girls The Sound of Sixteen, a campaign founded in the fact that Ireland’s first-ever radio broadcast was transmitted in morse code on the 25th of April 1916 from the GPO. It transmitted, ‘Irish Republic declared in Dublin today. Irish troops have captured city and are in full possession. Enemy cannot move in city. The whole country rising.’ We see further use of archive material in Design Factory’s 1916 The Irish Rebellion - Presentation Box and perhaps most poignantly through Studio Suss’ Reflecting 1916, a photographic legacy of the Easter Rising featuring eyewitness photographs alongside historical essays and critical debates on photography, memory and identity in Ireland. The agency of the objects that survive from 1916, whether they be material, visual, audio or other, is evident, helping to bring the experience of the time alive a century on.

As with the housing crisis, some of the issues from a century ago form quite the remarkable circle with contemporary politics and social concerns. This is evidenced particularly in relation to suffrage and how its centenary was bookmarked by the 2018 referendum on the regulation of termination of pregnancy. These two battles for women’s rights were marked separately and together by Irish designers.

The National Print Museum hosted an exhibition ‘Print, Protest and The Polls: The Irish women’s suffrage campaign and the power of print’ about which exhibition curator, Donna Gilligan, explains, ‘the exhibition explored the role that print played in the Irish fight for women’s rights to vote, and displayed associated print ephemera, photographs, and newspaper publications which illustrated the influence and effect of protest through print in a period of early media. In a broader respect, it examined the role of print in the provision of a voice for women in the public sphere at a time when they were excluded from that space, and the ways in which this activated and encouraged social change.’ As part of the exhibition, responses were invited from contemporary letterpress practitioners Mary Plunkett, Dave Darcy and Jamie Murphy, honing in on this same provision of a voice for women, advocating equality and trust. Katie Kidd and Avril Delaney drew direct inspiration from the ‘Votes for Women’ call of the suffrage movement in their Vote for Women campaign for reproductive rights. They created a social film, distributed a zine and held a fundraising exhibition all to highlight the referendum and encourage people to get on the voting register.

Many of those involved in the Irish suffrage movement were also socialist and republican, most famously Constance Markievicz, who became the first woman elected to the British House of Commons but instead, although absent for the first meeting due to being in prison, took her seat in Dáil Éireann. The first public meeting of Dáil Éireann is commemorated with a series of An Post Centenary Stamps by Workgroup and a website Dáil100 by Each&Other, that houses a breadth of content, both archive and new, designed to drive public engagement.

From Ballots to Bullets charted these events as a series, depicting momentous events such as women’s suffrage, the global flu pandemic, the key general election of 1918, the first meeting of Dáil Eireann and ends with the first shots fired in the War of Independence. Ireland who started 1918 fighting alongside Britain is now fighting against it. Designers New Graphic explain how ‘the political upheaval is juxtaposed with ephemera from everyday life. People still went to the theatre, they went to Gaelic Football matches and they wanted Bovril to protect them from the flu!’. Interestingly, colour is explained here, too: ‘The design mirrored the events, a backdrop of a relatively ordered blue area, gradually becomes greener, more broken and eventually smashes as Ireland finds itself at war with Britain’.

That war with Britain, a most sensitive and political of subjects, will preoccupy the next stage of the Decade of Centenaries. Historian Mary McAuliffe, writing about the recent plans to commemorate the RIC, stated ‘we need to commemorate these men and women, in all their complexities. History and society deserve that. However, whatever way we look at it, it certainly promises to be an interesting time, and we can only hope the government takes more care and consideration in its commemorative efforts on into the coming years.’ We see in the Archive how history can indeed be ‘good at reconciliation’ and how designers have interrogated and engaged with the complexities. Conscious and respectful of the civic and political agency of national identity and cultural representation, they have memorialised the events of the past and given voice to its people.